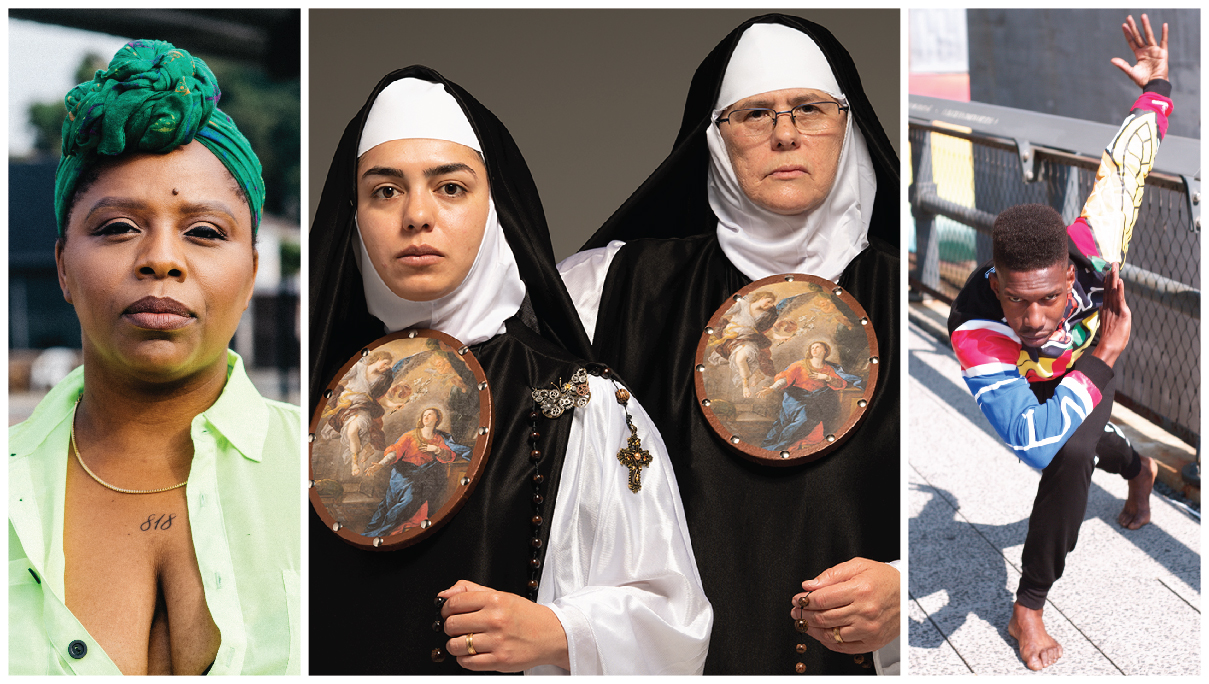 22 May PRIDE at the Fowler

Every June, people across the globe pay respect to those involved in the Stonewall Uprising of June 28th, 1969. On that morning, New York City police raided the Stonewall Inn, a gay club in Greenwich Village—an event that ignited protests in the city and around the world, catalyzing the gay rights movement. This June, the Fowler honors Pride Month with robust programs that celebrate lesbian, gay, bisexual, and transgender artists.

RSVPs are required for our 3 digital programs featuring LGBTQ+ leaders in art and activism. 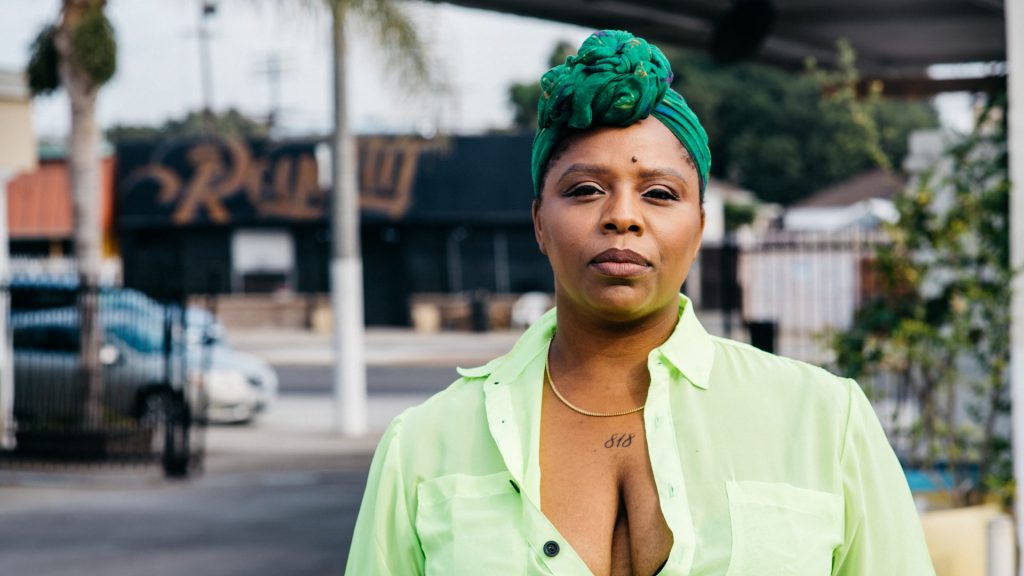 A Prayer for the Runner

Live Performance by Patrisse Cullors, followed by a talk-back with Melina Abdullah

Join us for the premiere of Patrisse Cullors’ newest performance piece, a public act of mourning centered on a prayer she co-wrote with Damon Turner, prompted by the modern-day lynching of Ahmaud Arbery. Talk-back to follow with Melina Abdullah, touching on grief, parent-child relationships, and healing.

“This piece takes us through ritual, prayer, and ancestry. Black death, trauma, and pain are age-old crises. Our bodies have been used as sacrifice. How do we manage? What role does collective prayer have and how can it inspire our healing?” – Patrisse Cullors

Patrisse Cullors is one of the most important artistic voices of our time. Her work lies at the intersection of activism, performance art, and queer identity. Internationally respected as the co-founder of Black Lives Matter, the seminal civil rights movement in recent U.S. history, Cullors has also revolutionized the American incarceration system through her initiative, Reform L.A Jails, which successfully advocated for the release of California’s inmates in response to the threat of COVID-19.

Melina Abdullah is Professor and former Chair of Pan-African Studies at California State University, Los Angeles, founder of the Los Angeles chapter of Black Lives Matter, and a mother of three. 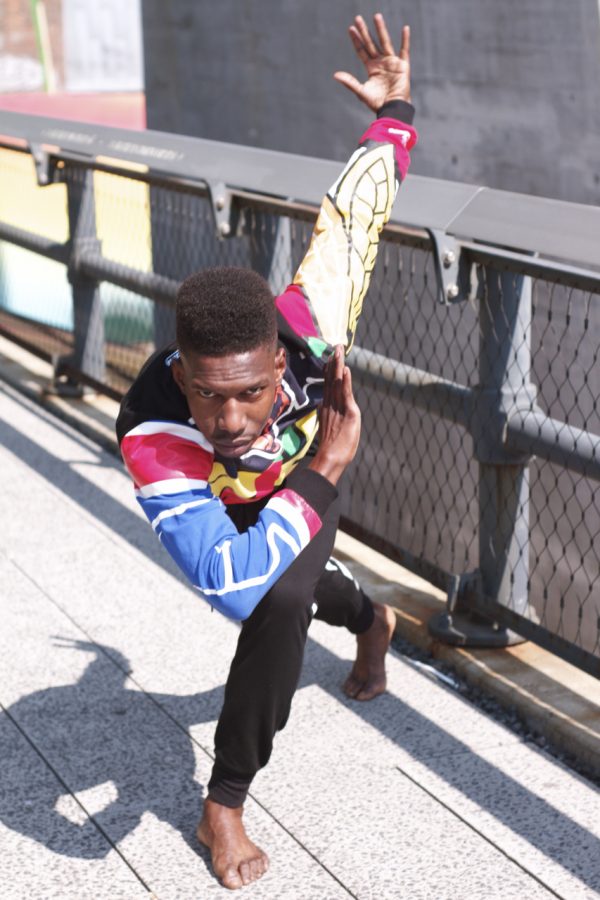 Omari Wiles combines voguing and ballroom with West African and contemporary dance to create AfrikFusion. Participants will learn basic vogue moves, including catwalk, duckwalk, floor performance, spins and dips, and hand performance. No dance experience is necessary. Following the lesson, Wiles will lead a discussion identifying the stylistic influences from African and Latin cultures on VogueAfrik.

Omari Wiles is the legendary founder of The House of Nina Oricci and Creative Director of Les Ballet Afrik. He began his training in African dance forms at the age of six, and in his teens took on the role as Assistant Director of The Maimouna Ketia School of African Dance, established by his family. Omari worked with master African dancers, and his understanding of African cultures, rhythms, and dance has been his foundation.

Omari will be assisted by Shireen Rahimi, a first-generation Iranian-American dancer from the Bay Area. Shireen is one of the first company members of Les Ballet Afrik and also works as Omari’s right-hand assistant. Shireen has been a part of the Underground ballroom scene for 10 years representing Women’s Vogue. 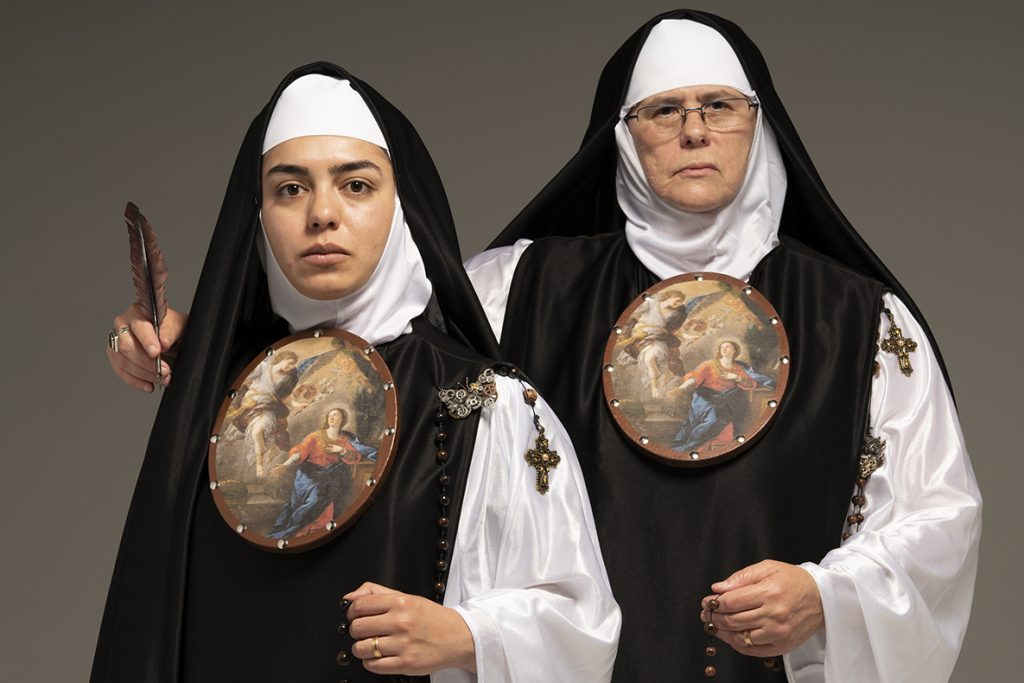 Alma López Gaspar de Alba is a Mexican-born queer Chicana artist who has lived in Los Angeles since she was four years old. Her art often portrays historical and cultural Mexican figures filtered through a radical Chicana feminist lesbian lens. Alma’s work aims to empower women, queers, and indigenous identities through her reappropriation of Mexican symbols and icons. She earned her M.F.A. at U.C. Irvine in 1996, and is currently Assistant Professor in Residence at the UCLA César E. Chávez Department of Chicana/o Studies and UCLA’s LGBTQ Studies Program. Her website is almalopez.com.

Professor Alicia Gaspar de Alba is a scholar-activist with a Ph.D. in American Studies. Hired in 1994, Alicia is a founding faculty member and former Chair of the UCLA César E. Chávez Department of Chicana/o Studies (2007-10). She also chaired the LGBTQ Studies Program from 2013-19. Alicia has published 12 books, among them award-winning novels and academic volumes. Her research areas include Chicana/o art and culture, gendered violence on the U.S.-Mexico border, and Chicana feminist lesbian theory and literature. For more information, go to aliciagaspardealba.net.