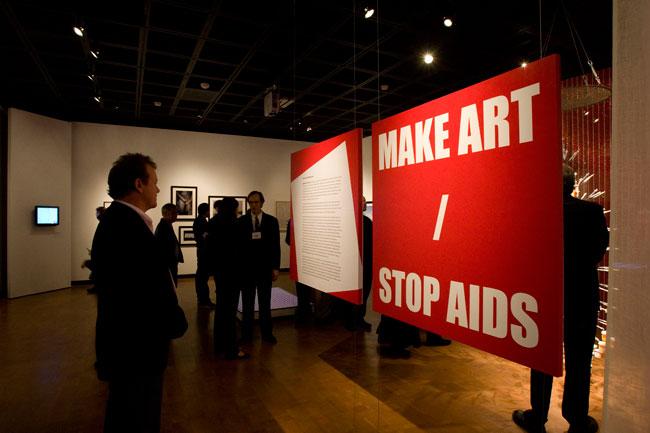 22 May How to Make Art in a Pandemic

Posted at 09:39h in Uncategorized by FM-admin 0 Comments
0 Likes

Larry Kramer died last month. You may not know his name, but you should. He was one of the angriest men alive: a playwright, an artist, an activist, a world changer, a heat-seeking missile.

Early in his career, he wrote the screenplay for the 1969 film Women in Love, and was nominated for an Oscar. He wrote the novel Faggots in 1978, on the cusp of the AIDS era, making the unpopular moralistic argument that gay men were too focused on sex. In 1981, as UCLA physicians reported that a cluster of gay men had contracted Kaposi’s sarcoma, a rare skin cancer, and gay men in New York began noticing an array of strange and life-threatening symptoms, Kramer founded Gay Men’s Health Crisis, a vital advocacy organization. He wrote a play about it, The Normal Heart, in 1985, that appeared off-Broadway at the Public Theater and has since been revived on Broadway. A TV version with Mark Ruffalo and Julia Roberts found its way to HBO. The Normal Heart was one of the world’s first AIDS plays.

And then, in 1987, Kramer played a key hand in forming ACT-UP, the AIDS Coalition to Unleash Power.

Larry Kramer died on May 27, 2020. He was 84. He was HIV-positive. He had survived a liver transplant. He had been very sick for at least a decade, but he managed to survive. Some have suggested that he was just too damned angry to die.

I begin this short essay with a discussion of Larry Kramer because, in my view, he got it right. He made art with a purpose. Even his speeches were a form of art-making. He famously published a 5,000-word essay in the New York Native in 1983, very early in the epidemic, when just 418 had died, that foreshadowed what was to come: a global affliction that would, by 2020, kill upwards of 35 million people and infect 40 million more.

I, for one, was listening. I read Kramer’s article in the New York Native. I heard him speak in the 1980s. I witnessed The Normal Heart on Broadway. Lord knows, I may be alive today because of Larry Kramer and his warnings. So, when I contemplate how to make art in a pandemic, the answer that comes to me is, “like Larry Kramer did.” Angrily. Artfully. Truthfully. Unsparingly. Demandingly. Unforgivingly.

In 1987, half a dozen years into the AIDS epidemic, the art critic Douglas Crimp—who died last year—wrote an essay, “AIDS: Cultural Analysis/Cultural Activism,” that attempted to answer the “how to” question. In the early days of AIDS, the singer Michael Callen had written a pamphlet titled “How to Have Sex in an Epidemic.” Riffing on that title, the medical historian Paula Treichler penned a book, How to Have Theory in an Epidemic. Recently, David France made a documentary, How to Survive a Plague. The significance of the “how to” formula, in every case, was that epidemics call on us to do things differently, to accept higher prerogatives, to prioritize life-saving activities and weigh them thoughtfully against fleeting pleasures.

When he wrote his essay, Crimp was reacting in the late 1980s to a seemingly endless string of art benefits designed to raise money for service and research organizations trying to figure out the cause and best treatment of AIDS. No, said Crimp. The job of artists is not to make art that can be sold to raise money for organizations that really ought to be supported by the government. The job of artists is to make art that is capable of stopping the epidemic. By telling the truth. By educating. By pushing the government to do the right thing. By convincing people not to be stupid, to value their lives, to avoid death.

The great and important art of the AIDS epidemic, which was featured in Make Art/Stop AIDS, began to emerge shortly after AIDS was identified, but it didn’t come to maturity until the founding of ACT-UP, some six years later. The art of ACT-UP included some of the most memorable graphic designs of all time, emblazoned on t-shirts and stickers and banners. It encompassed choreographic die-ins on the street outside the Food and Drug Administration in Rockville, Maryland, demanding faster vetting of potential treatments. It included a stirringly poetic slogan, SILENCE = DEATH, now seared in our collective imagination. Significantly, none of these works of art was credited to an individual. They were all collectively created and inspired. Art in a pandemic is not about the individual maker but about joint action of saving human lives.

I have yet to see this kind of art in relation to COVID-19. So far, as I scan the internet for examples, I see sentimental offerings of love and support displayed on fences outside bougie houses in LA neighborhoods. I see comical assemblages of bleach wipe containers. I see remakes of famous paintings using toilet paper rolls to evoke Elizabethan neck ruffs. And every now and then I see a humorous COVID-inspired dance video that serves as education, as a reminder to wash hands vigorously, or to wear a mask.

What is missing from COVID art so far is Larry Kramer’s rage. And when you think of all the inequities and unfairnesses uncovered by the pandemic, there is plenty to be angry about, even more so after the murder of George Floyd and all the disparities his death has laid bare. Hey, artists everywhere in the time of COVID-19: it’s time to unleash your inner Larry Kramer.

David Gere is a professor of arts activism in the UCLA Department of World Arts and Cultures/Dance and director of the UCLA Art & Global Health Center. He is the author of How to Make Dances in an Epidemic: Tracking Choreography in the Age of AIDS. For the Fowler Museum he curated, with Robert Sember, Make Art/Stop AIDS in 2008 and, with Stan Pressner and Carol Brown, Through Positive Eyes in 2019.