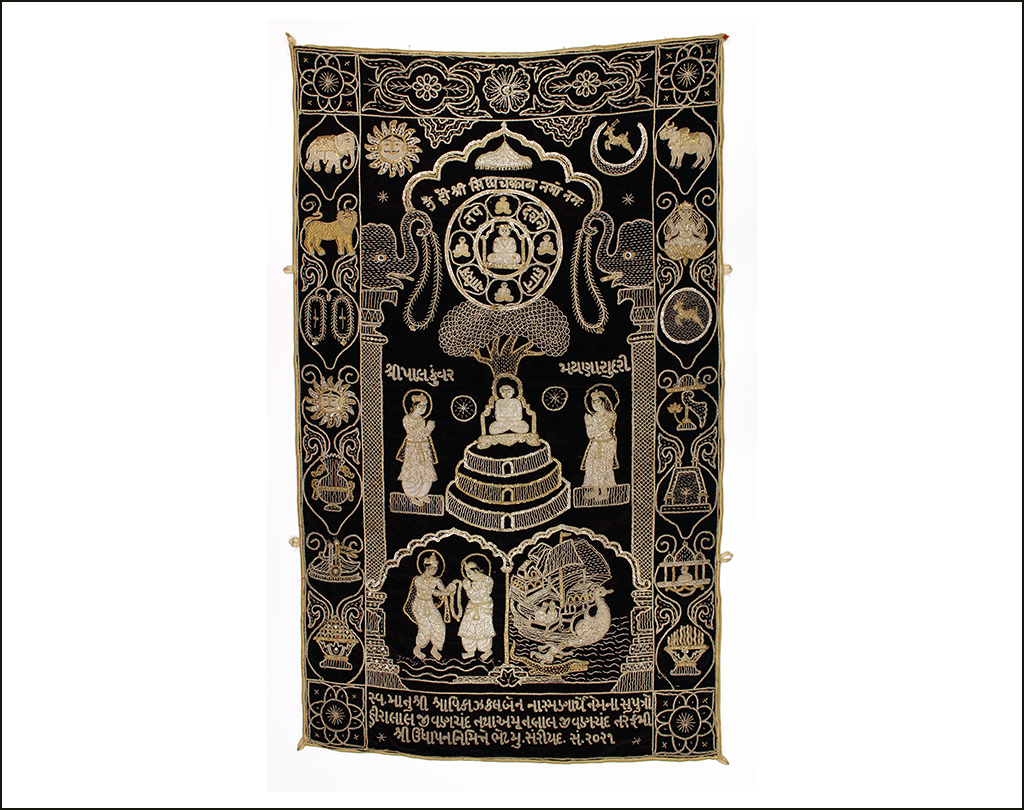 Posted at 16:30h in by Erin 0 Comments
0 Likes
All Exhibitions 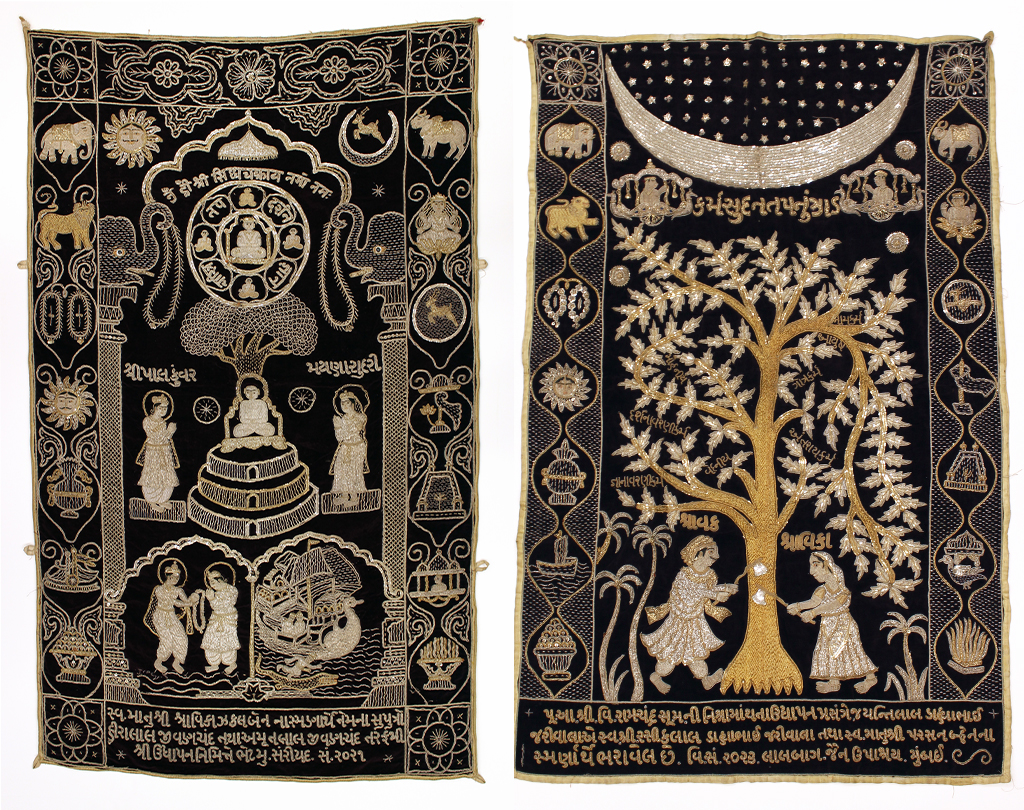 This exhibition highlights Jain devotional textiles (chhoda) from the Ronald and Maxine Linde Collection, promised gifts to the Fowler Museum. Eye-catching works of velvet and sateen cloth lavishly embroidered with gold and silver gilt thread, chhoda shine with visual references to Jain mythology, influential spiritual teachers, sacred sites, ritual traditions, and other crucial religious themes. In addition to objects from the Linde Collection which were acquired in the western Indian states of Gujarat, Rajasthan, and Maharashtra, the installation will include photographs documenting the use of chhoda in personal and public shrines by Jain adherents in Southern California.