Posted at 08:47h in by FM-admin 0 Comments
0 Likes
All Exhibitions 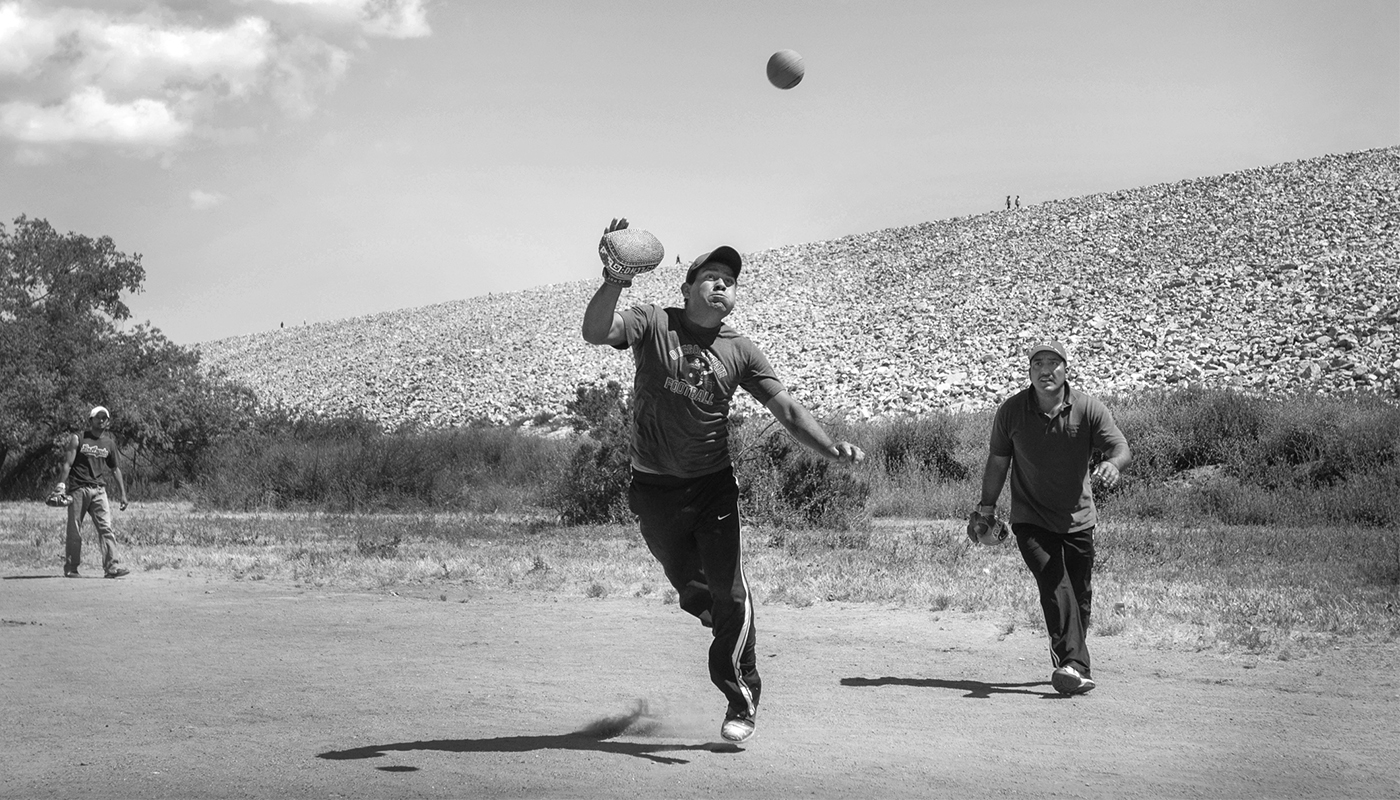 A longtime resident of Los Angeles, Leopoldo Peña makes photographic works that center on themes of immigration and the environment. This series features black-and-white images of traditional ball games played by Oaxacan expatriates throughout Southern and Central California. Peña’s photographs capture discrete moments—arms reaching toward the ball; pauses in action as players gather their strength; families and friends watching the game from the sidelines—and in so doing document how the game creates and reinforces communal ties. 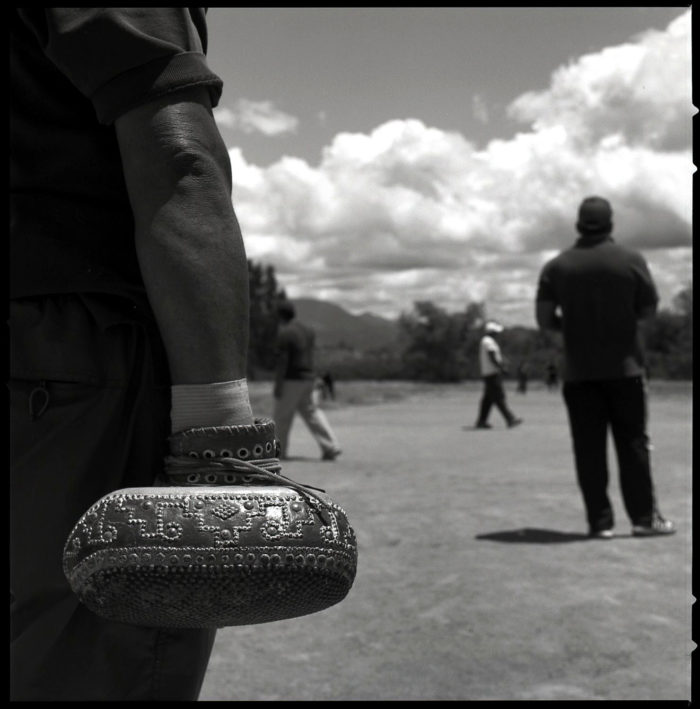 Image Credit: A player dons a studded mitt at a pasajuego (court) in the San Fernando Valley. Courtesy Leopoldo Peña.