15 May Nkame: A Retrospective Of Cuban Printmaker Belkis Ayón

Posted at 05:45h in by FM-admin 0 Comments
0 Likes
All Exhibitions

The Fowler Museum is pleased to present Nkame, the first solo museum exhibition in the United States dedicated to the work of Belkis Ayón (1967–1999)—the late Cuban visual artist who mined the founding myth of the Afro-Cuban fraternal society Abakuá to create an independent and powerful visual iconography. Ayón was known for her signature technique of collography, a printing process in which a variety of materials of various textures and absorbencies are collaged onto a cardboard matrix and then run through the press with paper. Her deliberately austere palette of shades and subtle tones of black, white, and grey added an air of mystery to her narratives, many of which were produced at very large scale by joining multiple printed sheets. For a black Cuban woman, both her ascendency in the contemporary printmaking world and her investigation of a powerful all-male brotherhood were notable and bold. The exhibition covers a wide range of her graphic production from 1984 until her untimely passing. Nkame, a word synonymous with “greeting” and “praise” in the language of Abakuá, is a posthumous tribute to the artist as well as a sweeping overview of her most fertile period of artistic creativity. The project is guest curated by Cristina Vives, an independent curator and art critic based in Havana, Cuba, and is organized by the Belkis Ayón Estate and Dr. Katia Ayón with the Fowler Museum at UCLA.

Belkis Ayón in her Havana studio.

Excerpts from a performance in Nkame by Bernard Brown

Nkame: A Retrospective of Cuban Printmaker Belkis Ayón is organized by the Belkis Ayón Estate and Dr. Katia Ayón with the Fowler Museum at UCLA and is guest curated by Cristina Vives. Funding for Nkame is provided in part by the Pasadena Art Alliance with additional support from JoAnn and Ronald Busuttil, Carole and Alex Rosenberg, the Shirley and Ralph Shapiro Fund, the Southern California Committee of the National Museum of Women in the Arts, Susan Adelman and Claudio Llanos, Fabio Banegas and Charles Larson, Carolyn Covault, Jay Geller and Lowell Gallagher, Elizabeth and Graeme Gilfillan, Linda Kunik and Rodney Millar, Dallas Price-Van Breda, and The Charitable Foundation. 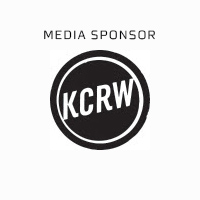