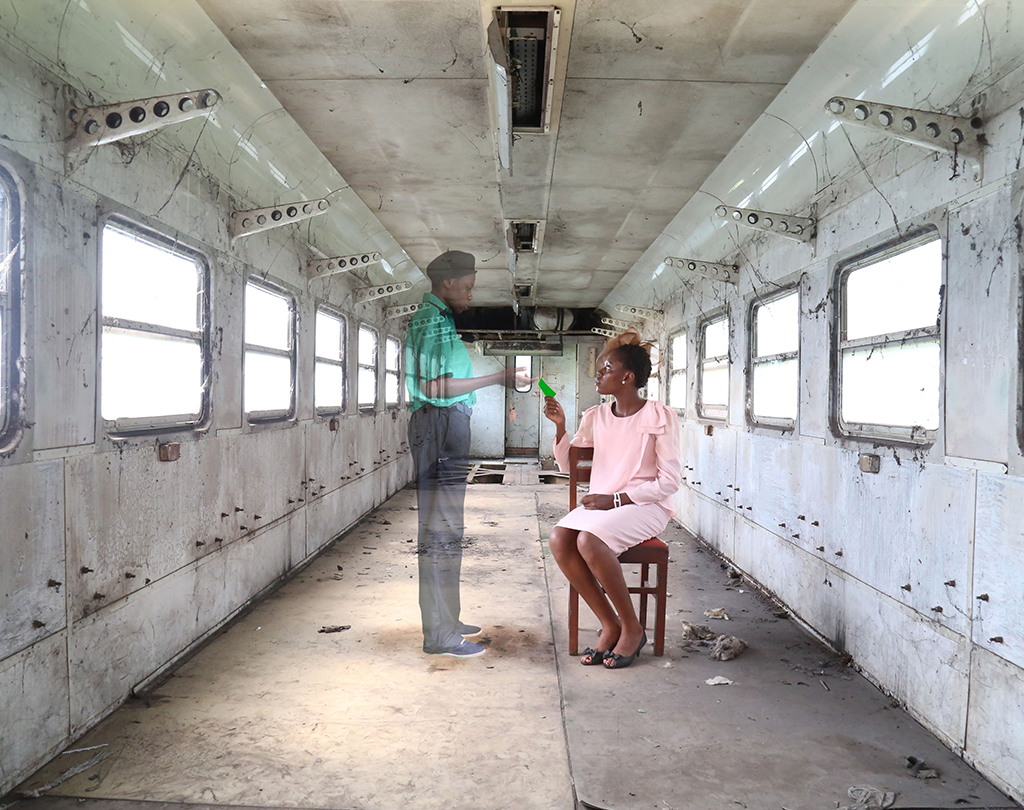 Posted at 15:47h in by Gene McHugh 0 Comments
0 Likes
All Exhibitions

Congolese photographer Gosette Lubondo’s Imaginary Trip series probes the intersections of memory and architecture, examining tensions between residual colonial constructs and contemporary life in the Democratic Republic of the Congo. Lubondo places herself in these pictures, wearing a range of guises and interacting with other subjects. Bodies fluctuate in and out of corporeality; some are solidly in the present while others seem to emerge from a ghostly past. Staged in stylized, almost nostalgic tableaux, the characters inhabit one of two settings: a train car and a school, both abandoned and devoid of the vitality that historically characterized these key nodes of colonial infrastructure. With each photograph, Lubondo imagines her way through the lingering remnants of her country’s colonial past. Schools and stations once humming with movement and exchange now conjure the ghosts of a bygone waystation—a fitting metaphor for Lubondo’s journey and the memory of previous generations who passed through.