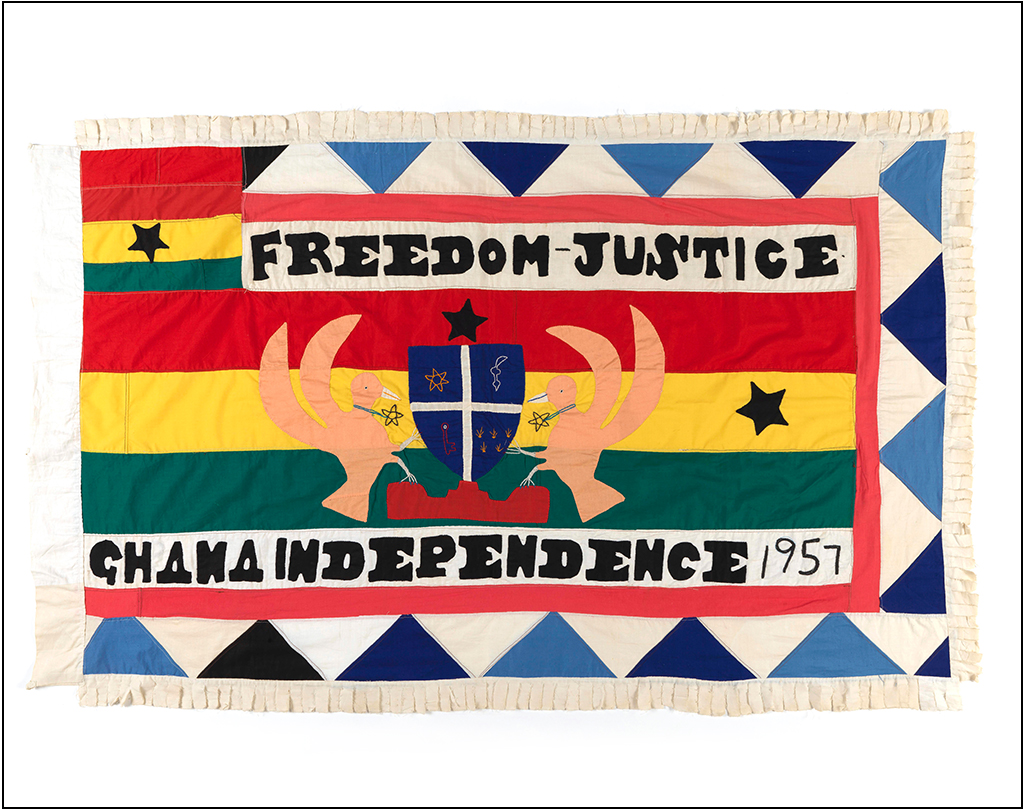 Posted at 16:22h in by Erin 0 Comments
0 Likes
All Exhibitions 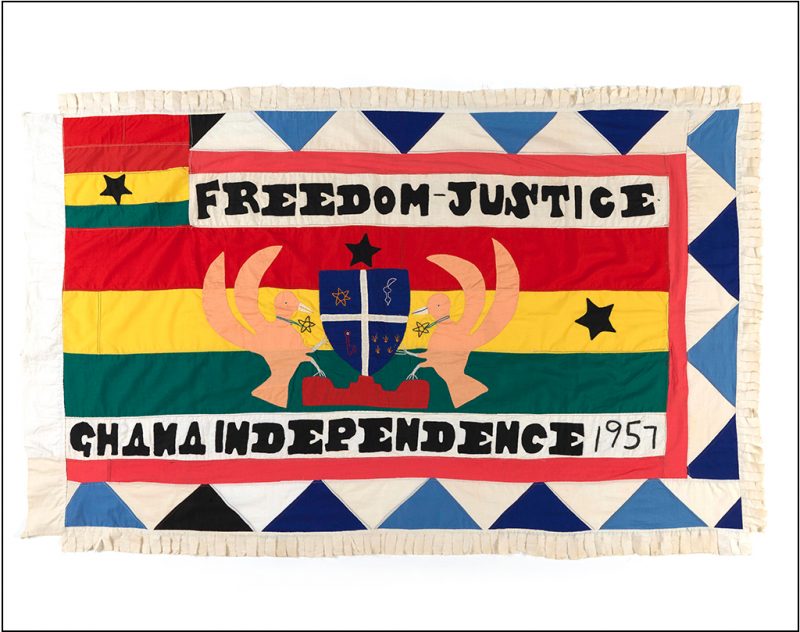 This exhibition features the Fowler’s extraordinary collection of asafo flags from Ghana—one of the most extensive in the world. Colorful and conceptually layered, the flags are insignia for the historical and still thriving military companies of Fante states in southern Ghana. They are created by various workshops active in the region to this day and are paraded by the companies to celebrate their strength and preserve the memory of their role as community defendants. Most works in the exhibition were produced in the 20th century by documented artists, but the tradition dates to at least the 17th century. Accompanied by videos and photographs taken over the past five decades, the flags on view speak to the cultural, political, and social facets of these stunning textiles and their role in contemporary Fante life.

Prior to the colonial era, asafo companies were charged with the safety and protection of the region. Surviving a century of violence and upheaval, they remain one of the core local institutions. Over the course of their history, militaristic activities transformed into vibrant and competitive aesthetic displays of power and dominance. Both historical and contemporary asafo flags are adorned with vivid appliqué images that convey narratives of pride, record past events, visualize proverbial wisdom, and send defiant messages to enemies. They come alive in community performances and refer to messages and practices relevant today.

Art, Honor, and Ridicule: Fante Asafo Flags from Southern Ghana is co-curated by Silvia Forni, senior curator of global Africa, Royal Ontario Museum (ROM) in Toronto, and Erica P. Jones, Fowler curator of African arts, and features flags drawn exclusively from the Fowler collection. This presentation is based on the 2016 ROM exhibition of the same name, which focused on flags from ROM and was curated by Forni and Doran H. Ross, former director of the Fowler Museum. In 2017, a publication produced in cooperation between the two museums was published by ROM.

Lead support for the presentation at the Fowler Museum is provided by the Martha and Avrum Bluming Exhibition Fund, with generous funding from Barry and Jill Kitnick, the Doran H. Ross Fund for African Exhibitions, and the Marla C. Berns Exhibition Endowment. Additional support is provided by Saundra Lang.

Educational programming is made possible in part by the Nissan Foundation, The Ralph M. Parsons Foundation, Mara W. Breech Foundation, and the Winnick Family Foundation.