15 May African-print Fashion Now! A Story Of Taste, Globalization, And Style

Posted at 03:40h in by FM-admin 0 Comments
0 Likes
All Exhibitions

African-Print Fashion Now! A Story of Taste, Globalization, and Style

African-Print Fashion Now introduces visitors to a dynamic and diverse African dress tradition and the increasingly interconnected fashion worlds that it inhabits: “popular” African-print styles created by local seamstresses and tailors across the continent; international runway fashions designed by Africa’s newest generation of couturiers; and boundary-breaking, transnational, and youth styles favored in Africa’s urban centers. All feature the colorful, boldly designed, manufactured cotton textiles that have come to be known as “African-print cloth.”

Contemporary photographs by Omar Victor Diop, Leonce Raphael Agbodjelou, and Hassan Hajjaj; paintings by Njideka Akunyili Crosby and Eddy Kamuanga Ilunga; and a mural by graffiti artist Docta suggest the ever-present role of fashion in African life. Throughout the exhibition, African-print fashions are considered as creative responses to key historical moments and the imaginings of Africa in the future.

African-Print Fashion Now! A Story of Taste, Globalization, and Style

African-Print Fashion Now! A Story of Taste, Globalization, and Style is organized by the Fowler Museum at UCLA in association with Vlisco Netherlands B.V. It is guest curated by Suzanne Gott with Kristyne S. Loughran, Betsy D. Quick, and Leslie W. Rabine. Major funding is provided by the National Endowment for the Arts with the additional support of R. L. Shep, DutchCulture, the Anawalt Program for the Study of Regional Dress, the Shirley and Ralph Shapiro Director’s Discretionary Fund, the Pasadena Art Alliance, Lee Bronson, and the Fowler Textile Council. Special thanks also go to V. Joy Simmons M.D., Michael Gallis, and the many other donors who made gifts to the Fowler Museum’s 2016 UCLA Spark crowdfunding campaign. The accompanying publication has been generously funded by the R. L. Shep Endowment Fund at the Fowler Museum. Educational outreach activities are made possible in part by the Eileen Harris Norton Foundation. In-kind support is provided by South African Airways.

We would like to thank the following donors who made gifts of $250 or more in support of the exhibition during the UCLA Spark campaign (November 1 – December 1, 2016):

Betsy Quick, in honor of our African Community Council, my daughters Kate and Megan and my mother Hazel

Teresa Valenzuela, in honor of my father Antonio Valenzuela

And those who wish to remain anonymous 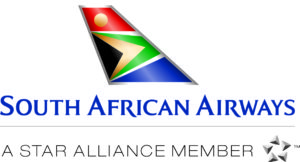