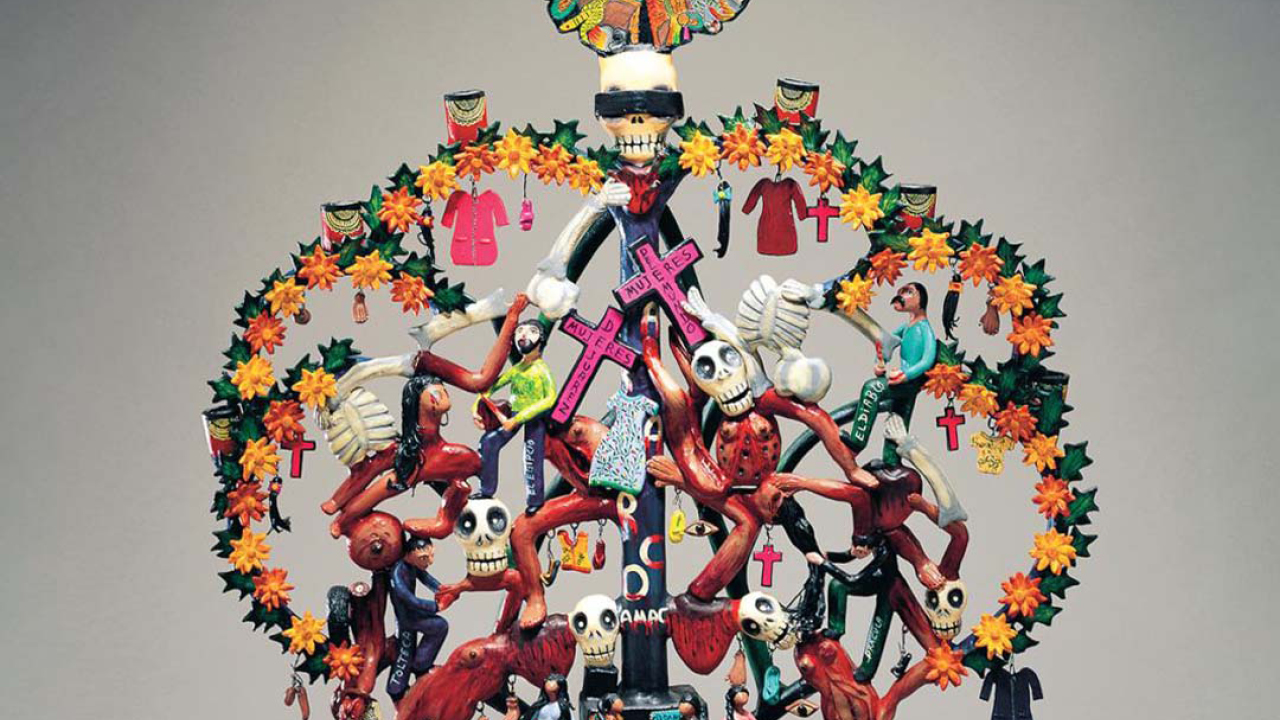 Vital Matters: The Tree of Death with Verónica Castillo

This program will be presented in Spanish with English subtitles.

Verónica Castillo is an internationally acclaimed artist from Izúcar de Matamoros, Puebla, México. Under the tutelage of her parents, renowned artists Don Alfonso Castillo Orta and Doña Soledad Martha Hernández Báez, she learned to work in polychromatic ceramics, a Mexican art form passed on from generation to generation. Castillo continues to build on this tradition, while focusing on contemporary issues of injustice and inequality.

Join the Fowler and Castillo for an online presentation exploring centuries of accumulated symbolism in her seminal 2003 artwork, El Arbol de la Muerte: Maquilando Mujeres (The Tree of Death: Factory Women). The Fowler is privileged to be the caretaker of this visual elegy for more than 400 young women and girls who have been brutally murdered since 1993 in Cuidad Juárez on the Mexican border near El Paso, Texas. In this artwork, Castillo first departed from her family tradition and practice, creating artwork “in her own way, in her own voice.”

Verónica Castillo’s (formerly Castillo Hernandez) exhibitions have achieved national and international recognition, from the Smithsonian in Washington DC to the National Museum of Mexican Art in Chicago to the Museo Amparo in Puebla, Mexico. In 2013, Castillo received the National Endowment for the Arts National Heritage Fellowship Award. She is the owner of E.V.A. (Ecos y Voces de Arte), a gallery on the Southside of San Antonio. Together with an international network of artists, E.V.A. offers the space and support that help various forms of art and culture to thrive.

Vital Matters: Stories of Belief
Vital Matters programs explore objects that arouse devotion, awe, or serenity; mediate relationships between human and spiritual realms; and are of vital importance to the cultural heritage of individuals and communities. This series accompanies the new digital educational initiative Vital Matters: Stories of Belief—a platform for sharing different perspectives on material expressions of devotion at the Fowler Museum.