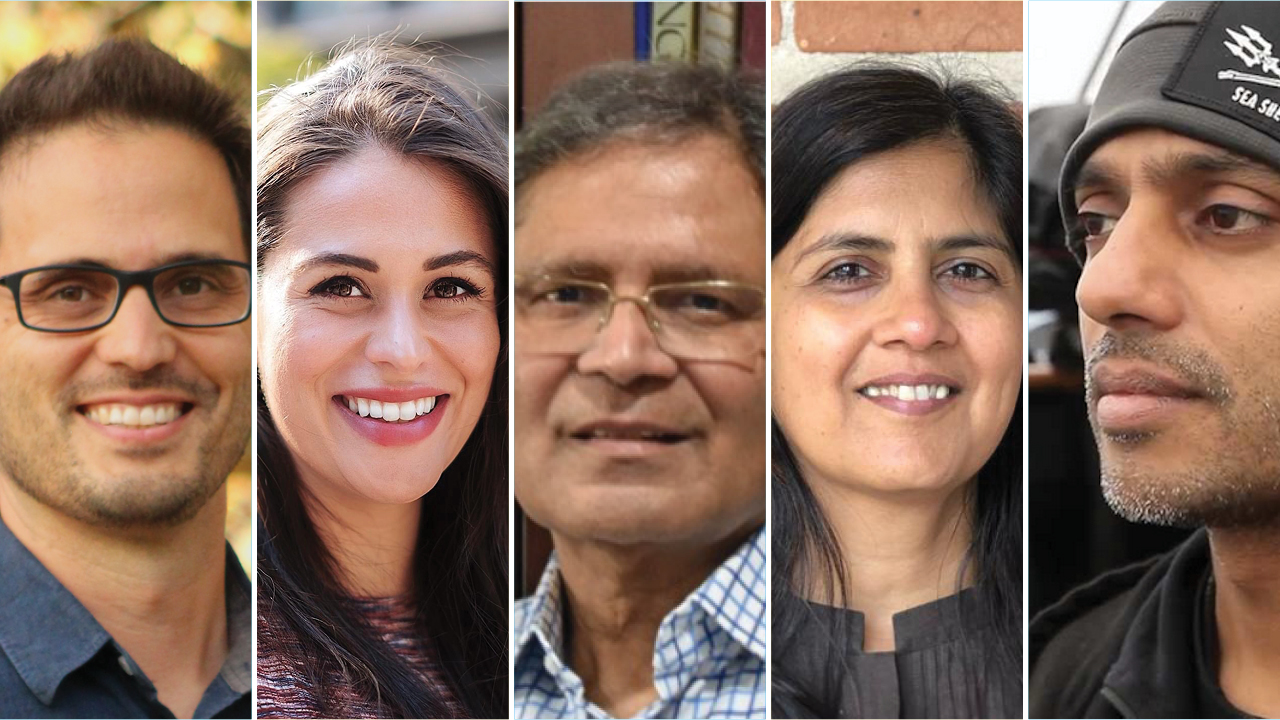 On April 22nd—celebrated as Earth Day—communities around the world call particular attention to the imperative to protect the environment and all living organisms. This program explores Jain principles and actions associated with the vratas or vows that govern pious conduct and considers how these might serve as models for safeguarding the ecosystem and promoting food security, animal rights, and healthy diets.

Deriving from the Sanskrit word jina, meaning “a victor” over worldly attachments, Jainism is an ancient Indian way of life that emphasizes nonviolence, non-possessiveness, and acceptance of multiple perspectives. Our panelists will highlight Jain philosophical approaches that prioritize reducing harm to living things, including plants and animals, and they will offer invaluable insights into the links between animal welfare, pollution, education, and public health.

This conversation forms part of the Fowler’s ongoing collaboration with Jain academics, educators, creatives, activists, and spiritual leaders, especially those living in Southern California, on the project Engaging Lived Religion in the 21st Century Museum.

Parveen Jain is the founder, chairman, and CEO of Arihanta Academy. He has been a trustee of International Mahavira Jain Mission; as chairman and president of Jain Center of Northern California (JCNC), he led the construction of the JCNC temple; he served as a trustee of the American Foundation for the Blind; was a founding team member of the South Asian Heart Center; and founding director of Stanford Center for Asian Health Research and Education. Jain authored An Introduction to Jain Philosophy and is passionate about promoting nonviolence in everyday life.

Amy Landau is director of education and interpretation at the Fowler Museum at UCLA, where she oversees programs, educational initiatives, and gallery interpretation, and co-leads the Fowler initiative “Engaging Lived Religion in the 21st Century Museum.” Landau is also director of “Art, Religion and Cities” at Morgan State University, which she co-founded in 2018. Landau previously served as director of curatorial affairs and curator of Islamic and South & Southeast Asian art at the Walters Art Museum (2009-18). In 2017, she was a fellow at the Center for Curatorial Leadership.

Nisha Mehta Ivey is a New York City-based screenwriter and TV producer. She recently wrote for the new Netflix series The Fame Game, starring Madhuri Dixit, and has worked for US and international networks, including AMC, HBO, and Apple. Mehta Ivey currently serves on the board of the Global Jain Network, a digital forum that connects Jains around the world; and is an advisor for its partner organization, the Jain Vegan Initiative, designed to promote the Jain principle of Ahimsa through veganism.

Dr. Tushar Mehta practices emergency medicine in the Toronto area and participates in international health projects: having formerly worked in rural India, he is now involved with an NGO in Haiti. Dr. Mehta co-founded Plant Based Data, a free database devoted to academic literature on plant-based diet, health, environment, food security, and zoonotic pandemic risk. He is co-founder of http://www.towardsahimsa.com and has volunteered with Jain/Secular youth camps, promoting Ahimsa philosophy in modernity and the interconnectedness of humans, animals, and all life.

Christopher Jain Miller is the Bhagwan Mallinath Assistant Professor of Jain Studies at Loyola Marymount University as well as the co-founder of Arihanta Academy, an international online non-profit institution for Jain studies. He is the co-editor of Beacons of Dharma: Spiritual Exemplars for the Modern Age.