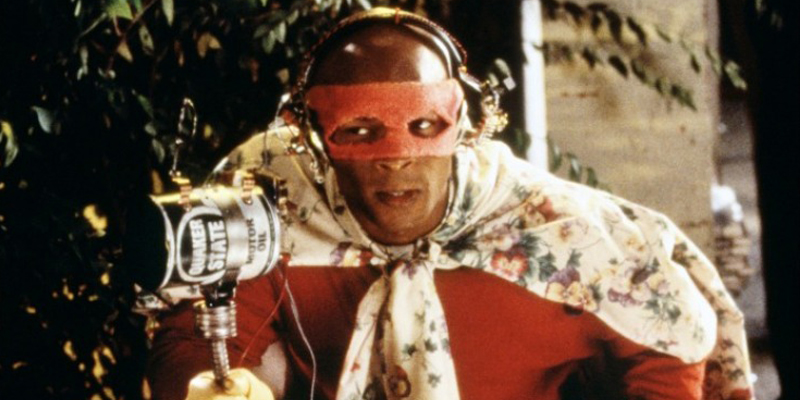 After his grandmother is killed in a Mafia hit, naïve and purehearted repairman Darryl fashions a bulletproof housecoat and red long johns to take on the mob as Blankman. But how long can a superhero with no superpowers last against the forces of organized crime? Damon Wayans co-wrote the screenplay and played the title role, which based in part on his “Handi-Man” character from the 1990s TV comedy series In Living Color. Co-starring David Alan Grier and Robyn Givens.

About the Exhibition
Striking Iron is a major international traveling exhibition that reveals the history of invention and technical sophistication that led African blacksmiths to transform one of Earth’s most basic natural resources into objects of life-changing utility, empowerment, and astonishing artistry.