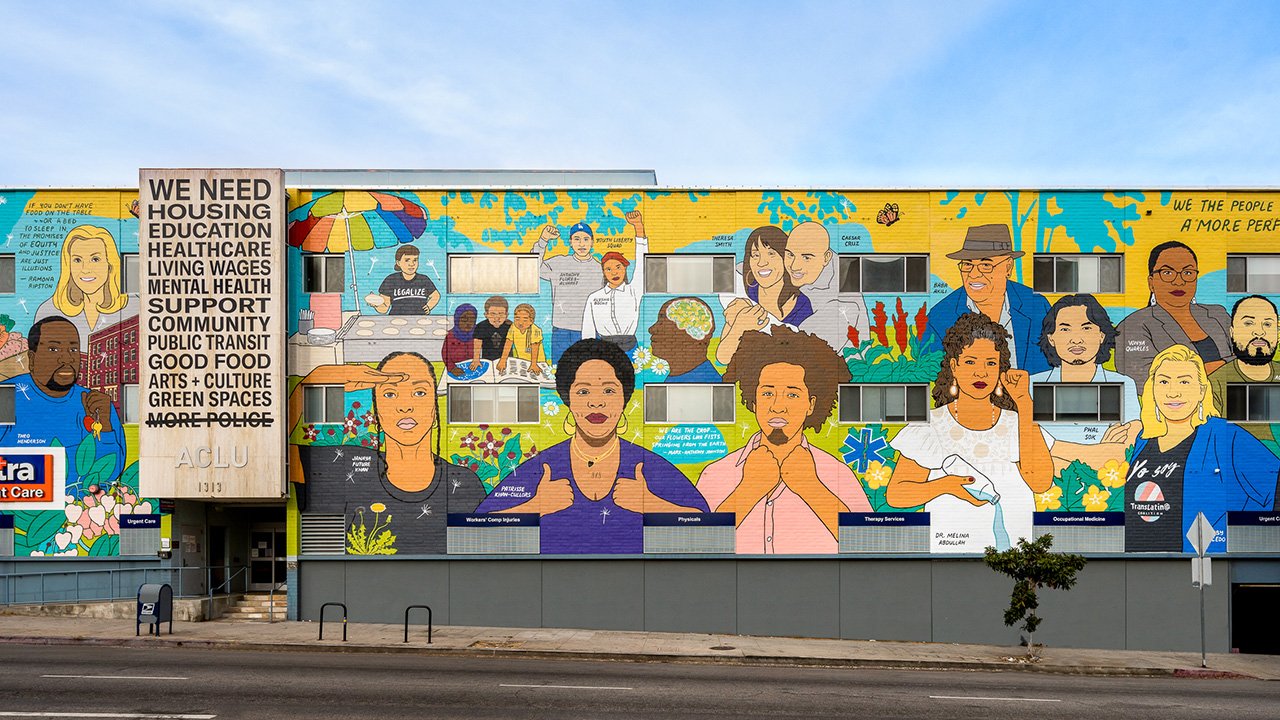 ACLU Southern California and artist Audrey Chan revealed a massive mural in Los Angeles last month; The Care We Create depicts major figures in the fight for civil liberties and civil rights in Southern California. The 5,500-square-foot painting is the product of ACLU SoCal’s inaugural artist-in-residency program and serves as a “constant reminder that the work of challenging systems that perpetuate injustice is a profound expression of love and compassion.”

Join Audrey Chan, Marcus Benigno, ACLU SoCal’s Chief Communications & Marketing Officer, and two activists featured in the mural—Janaya Future Khan and Marjan Vayghan—for a conversation about this project and the power of art to advocate for social change.

This program is presented in partnership with ACLU of Southern California.

Audrey Chan is a Los Angeles-based artist and educator. Her research-based projects use drawing, painting, video, and public art to challenge dominant historical narratives through allegories of power, place, and identity. She received an M.F.A. from California Institute of the Arts and a B.A. with Honors from Swarthmore College. She was commissioned by LA Metro to create a large-scale public artwork for the future Little Tokyo/Arts District Metro Station, opening in 2022.

Marcus Benigno is Chief Communications & Marketing Officer at the ACLU of Southern California. Since 2016, he has led the communications and media advocacy arm for the affiliate. Previously, Benigno was a freelance correspondent abroad, reporting for domestic and international outlets. He earned his degree in International Development Studies from McGill University and is currently a member of the board of directors for the Los Angeles Neighborhood Land Trust.