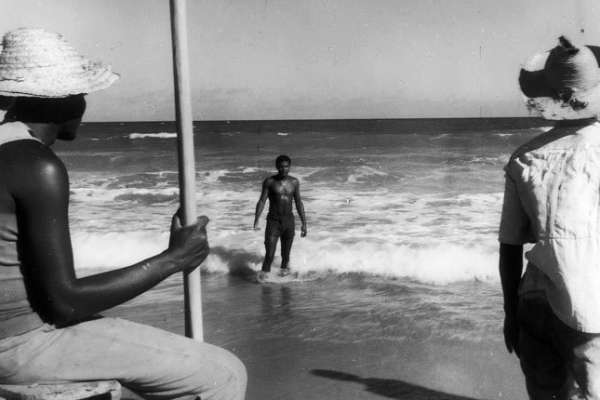 A classic of Brazil’s Cinema Novo movement, Barravento deals with poor fishermen in the state of Bahia, Brazil who are economically exploited because of religious mysticism. The story follows an educated man who returns home to his fishing village from the city to try and free people from the spiritual enchantment of the Candomblé religion, which he considers the source of their of political and social oppression.