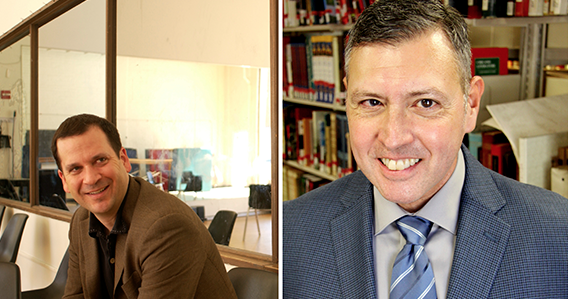 In conjunction with the exhibition José Montoya’s Abundant Harvest, we present “Prejudice and Pride.” This episode of the acclaimed PBS series Latino Americans examines the emergence of the Chicano Movement in the 1960s and 1970s. Led by Cesar Chavez and Dolores Huerta, the movement was ignited when farmworkers in the fields of California marched on Sacramento for humane wages and working conditions. Following the hour-long screening, Ernesto Chávez, associate professor of history at University of Texas at El Paso, converses with Chon Noriega, director of the UCLA Chicano Studies Research Center, about how the movement activated a cultural as well as a political nationalism. Co-sponsored by UCLA Chicano Studies Research Center.

Latino Americans: 500 Years of History, a public programming initiative produced by the National Endowment for the Humanities (NEH) and the American Library Association (ALA), is part of an NEH initiative, The Common Good: The Humanities in the Public Square.