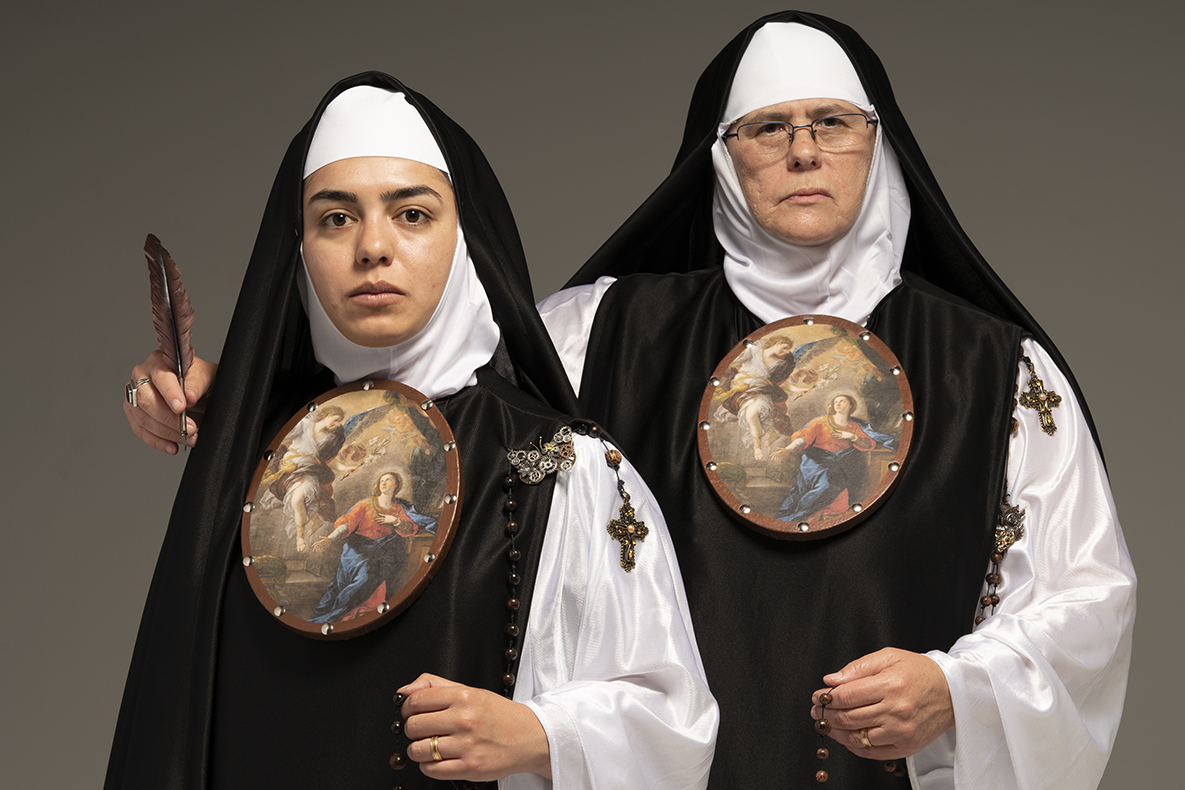 RSVP to receive a Zoom link as the date nears

Alma López Gaspar de Alba is a Mexican-born queer Chicana artist who has lived in Los Angeles since she was four years old. Her art often portrays historical and cultural Mexican figures filtered through a radical Chicana feminist lesbian lens. Alma’s work aims to empower women, queers, and indigenous identities through her reappropriation of Mexican symbols and icons. She earned her M.F.A. at U.C. Irvine in 1996, and is currently Assistant Professor in Residence at the UCLA César E. Chávez Department of Chicana/o Studies and UCLA’s LGBTQ Studies Program. Her website is almalopez.com.

Professor Alicia Gaspar de Alba is a scholar-activist with a Ph.D. in American Studies. Hired in 1994, Alicia is a founding faculty member and former Chair of the UCLA César E. Chávez Department of Chicana/o Studies (2007-10). She also chaired the LGBTQ Studies Program from 2013-19. Alicia has published 12 books, among them award-winning novels and academic volumes. Her research areas include Chicana/o art and culture, gendered violence on the U.S.-Mexico border, and Chicana feminist lesbian theory and literature. For more information, go to aliciagaspardealba.net.