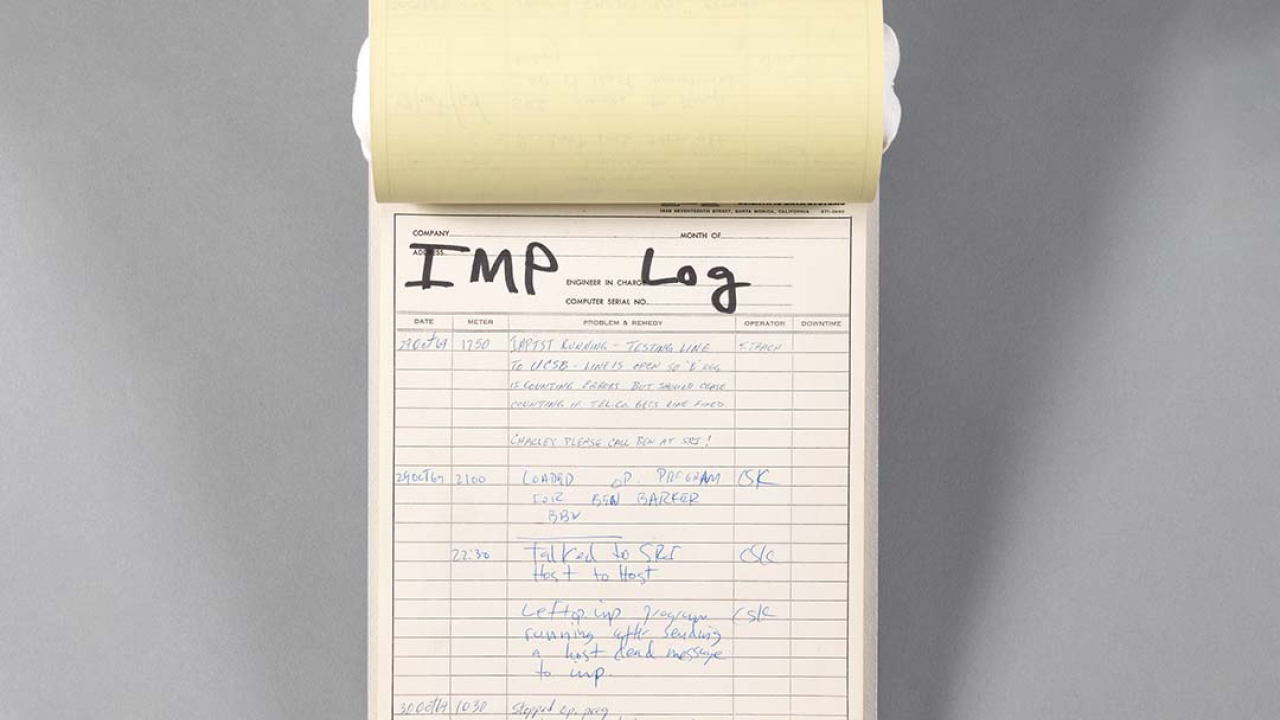 Few cultural revolutions can trace their origins as precisely as the one that took place in 3420 Boelter Hall at UCLA on October 29, 1969, the day the internet came into existence. Professor Leonard Kleinrock developed the mathematical theory of packet networks, the technology that underpins the internet. The first node of the ARPANET was established at Kleinrock’s UCLA lab, and a new era of connectivity was born.

The Interface Message Processor Log entry for the first message sent over the ARPANET is currently on view in Communications Systems in a Global Context. Join the Fowler in welcoming Kleinrock, who will share the events surrounding that seminal moment at Boelter Hall, which has since been redesigned by Sebastian Clough, Fowler’s director of exhibitions, as the Kleinrock Internet History Center.

Leonard Kleinrock is Distinguished Professor of Computer Science at UCLA. He is considered a father of the Internet, having developed its foundational technology as an MIT graduate student in 1962. Kleinrock has served as Professor of Computer Science at UCLA since 1963 and as department Chair from 1991–1995. He has received eight honorary degrees, published over 250 papers, authored six books, and has supervised the research of 50 PhD students. In 2007, Kleinrock received the National Medal of Science, the highest honor for achievement in science bestowed by the President of the United States.

Lunch & Learn
The Fowler’s Lunch & Learn series offers easily digestible explorations of charismatic objects from around the world. Join us to chew on some sustenance and feed your mind and soul.