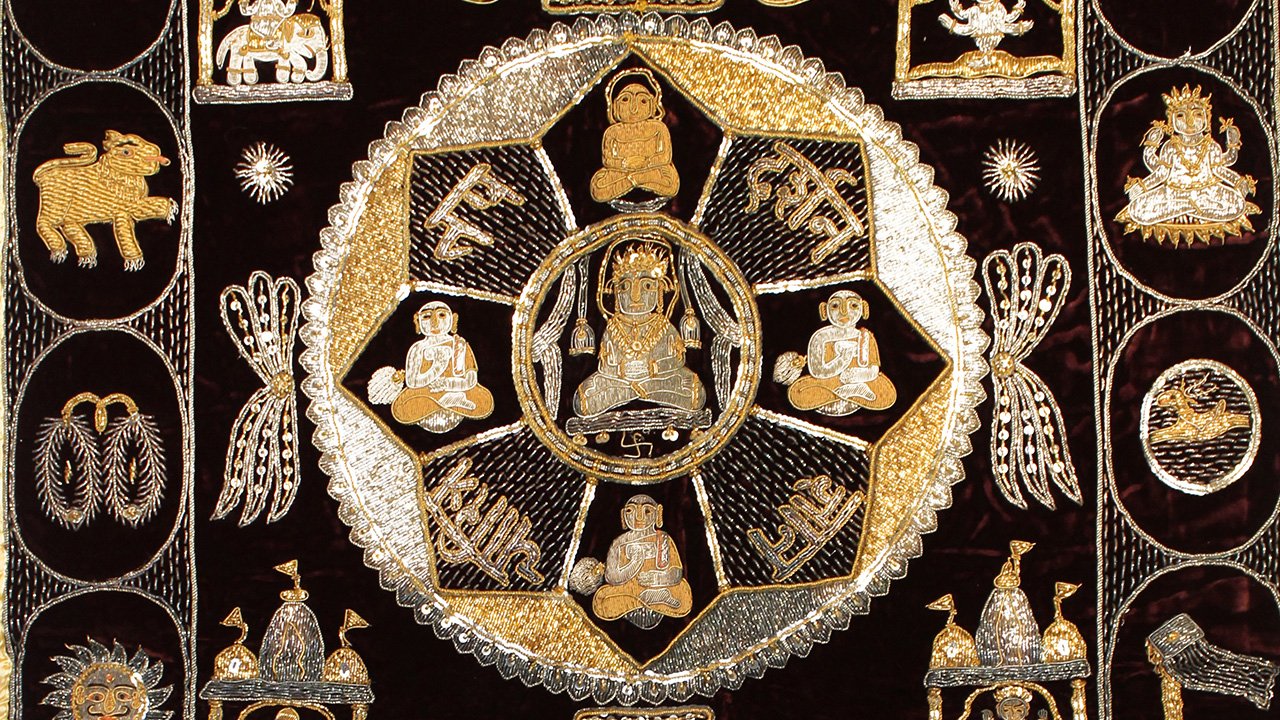 Join Joanna Barrkman, the Fowler’s Senior Curator of Southeast Asia and Pacific Arts, for a program exploring embroidered Jain temple and shrine hangings that offer insights into the religious beliefs and imagery of the Jain faith. Associated with the Svetambara (the white-clad) sect of Jainism, these textiles once formed backdrops to stone sculptures of gods—the 24 Jina or “victors”—in Jain temples. The works featured in this talk are from the Ronald and Maxine Linde Collection, part of a promised gift to UCLA, where it will find its future home with the Fowler Museum.

Joanna Barrkman is Senior Curator of Southeast Asian and Pacific Art at the Fowler Museum. She has published her research on double-ikat silk patola and mordant-block-printed cotton textiles imitating patola; they were produced and traded between Gujarat, India and Indonesia in 17th to 19th centuries. Barrkman’s work explores the influence of these Indian “trade textiles” on the design repertoire and ceremonial practices of Atoin meto people in West Timor, Indonesia.