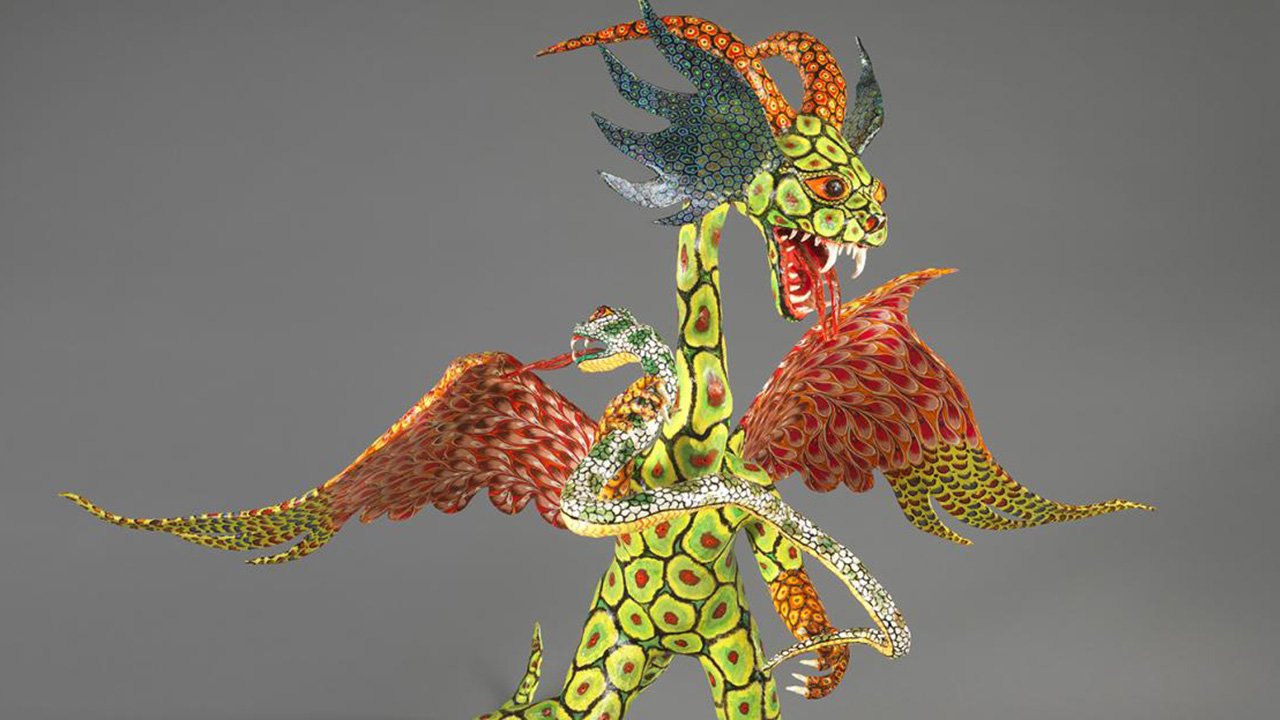 Join Patrick A. Polk, Fowler’s Senior Curator of Latin American and Caribbean Popular Arts as he discusses a chimerical papier-mâché alebrije crafted by Miguel Linares (b. 1946) of Mexico City. While the Linares Studio artists are best known for their images of skulls and skeletons, they have long crafted figures for the Day of the Dead (Dia de los Muertos) observances. They have garnered acclaim for sharp-fanged, deadly-clawed, and winged creatures that merge characteristics of mundane and otherworldly animals. Learn the sources of inspiration for this artistic tradition, considered by many to occupy one of the highest perches in Mexican popular art.

Patrick A. Polk is Senior Curator of Latin American and Caribbean Popular Arts at the Fowler Museum and a lecturer for the UCLA Center for the Study of Religion. His research interests include material religion and visual piety, religion and healing, popular religion in North and Latin America, and African Diasporic sacred arts. He has curated such Fowler exhibitions as Botánica Los Angeles: Latino Popular Religious Art in the City of Angels; Sinful Saints and Saintly Sinners at the Margins of the Americas; and Axé Bahia: The Power of Art in an Afro-Brazilian Metropolis.