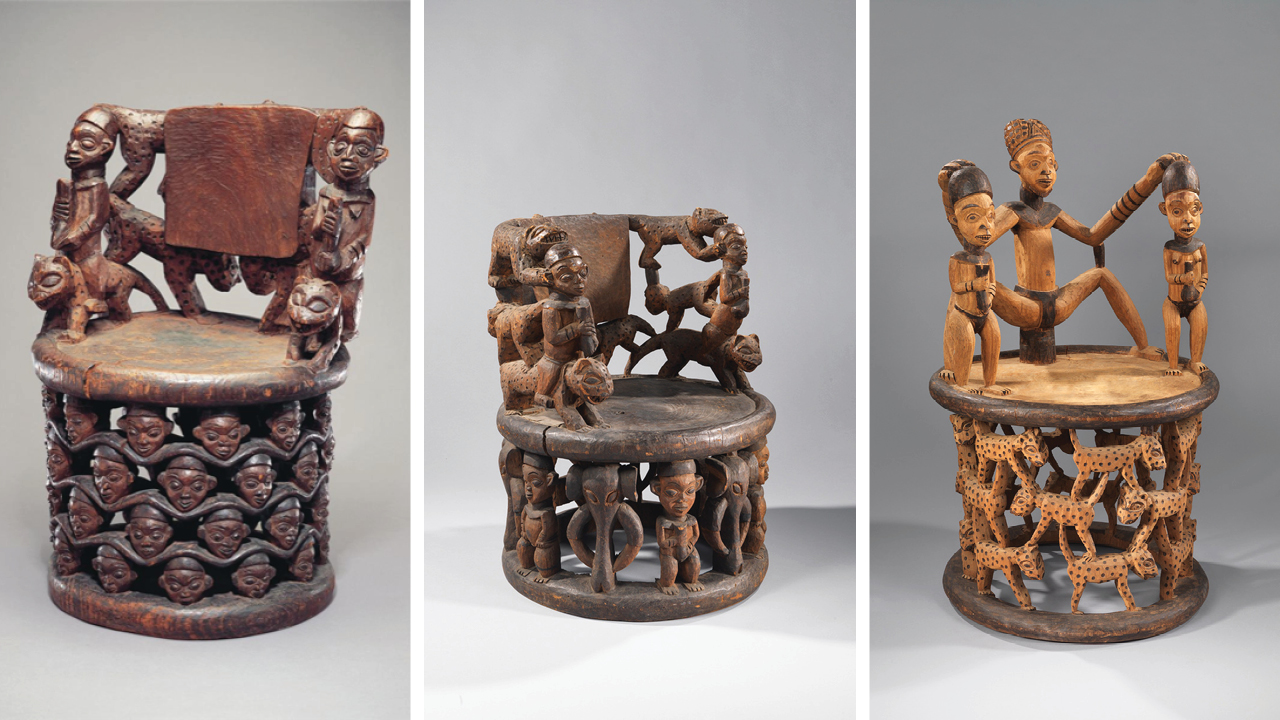 Join Erica P. Jones, the Fowler’s Curator of African Arts, as she discusses three thrones made in the Cameroon Grassfields Kingdom of Kedjom Ketinguh. Likely carved in a palace workshop in the late 19th or early 20th century, these thrones embody the complexities of the art market during the colonial period and the ways the meaning of African arts shifted once they arrived in Europe. Learn how one royal workshop, headed by a king who was a sculptor, adapted his style to changing market forces and left an artistic legacy that can be found in museums throughout Europe and the United States.

Erica P. Jones is Curator of African Arts at the Fowler Museum at UCLA. She received her PhD in Art History at UCLA, specializing in African art. Since joining the Fowler Museum in 2015, Jones has organized multiple exhibitions, among them: Pantsula 4 LYF (2017), Meleko Mokgosi: Bread, Butter, and Power (2018), Inheritance: Recent Video Art from Africa (2019), and On Display in the Walled City: The Nigerian Pavilion at the British Empire Exhibition 1924-1925 (2019). Her publishing has been focused on the arts and museums of the Grassfields; she is the author of the book accompanying the exhibition Bread, Butter, and Power.