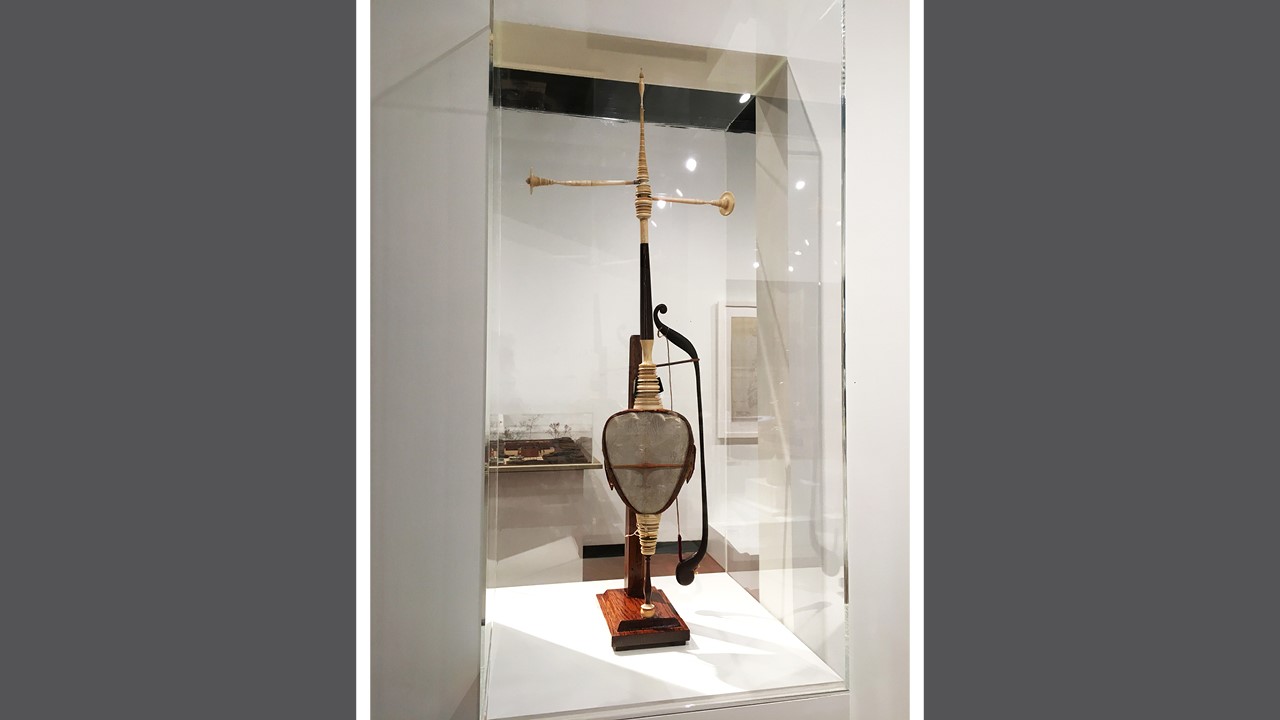 Played by highly respected musicians, the Javanese rebab is the only bowed string instrument in the gamelan orchestras of the Central Javanese courts (which are primarily comprised of bronze metallophones and gongs). Join the Fowler and Helen Rees, Director of the World Music Center at UCLA, in welcoming Tyler Yamin, a PhD Candidate in the Department of Ethnomusicology, UCLA Herb Alpert School of Music, who will discuss a notable rebab from the Department of Ethnomusicology’s World Instrument Collection: the first to be included in a university ensemble in the United States. Learn about the use of the rebab in traditional Javanese music and culture; and about the role of this particular instrument in establishing world music performance ensembles across the globe.

Helen Rees is a professor in the UCLA Department of Ethnomusicology and director of the Department’s World Music Center. For 30 years, she has conducted ethnographic and archival research on Chinese music, publishing widely in English and Chinese, and has collaborated on numerous ethnographic CDs of music from the multi-ethnic southwest of China. With UCLA professor Aparna Sharma, she co-directed the award-winning documentary film Playing the Flute in Shanghai: The Musical Life of Dai Shuhong (Pan Records, 2021).

Tyler Yamin is a PhD Candidate in the Department of Ethnomusicology, UCLA Herb Alpert School of Music. He is the recipient of the 2020 Best Article Prize from the International Council for Traditional Music. Yamin has researched traditional musical cultures of Indonesia for over a decade, as well as directing, teaching, and tuning numerous gamelan ensembles across Southern California. He is currently completing a dissertation on the role of sound among the gibbons—Southeast Asian apes famous for their complex vocalizations (his work is part of an endangered species conservation project).