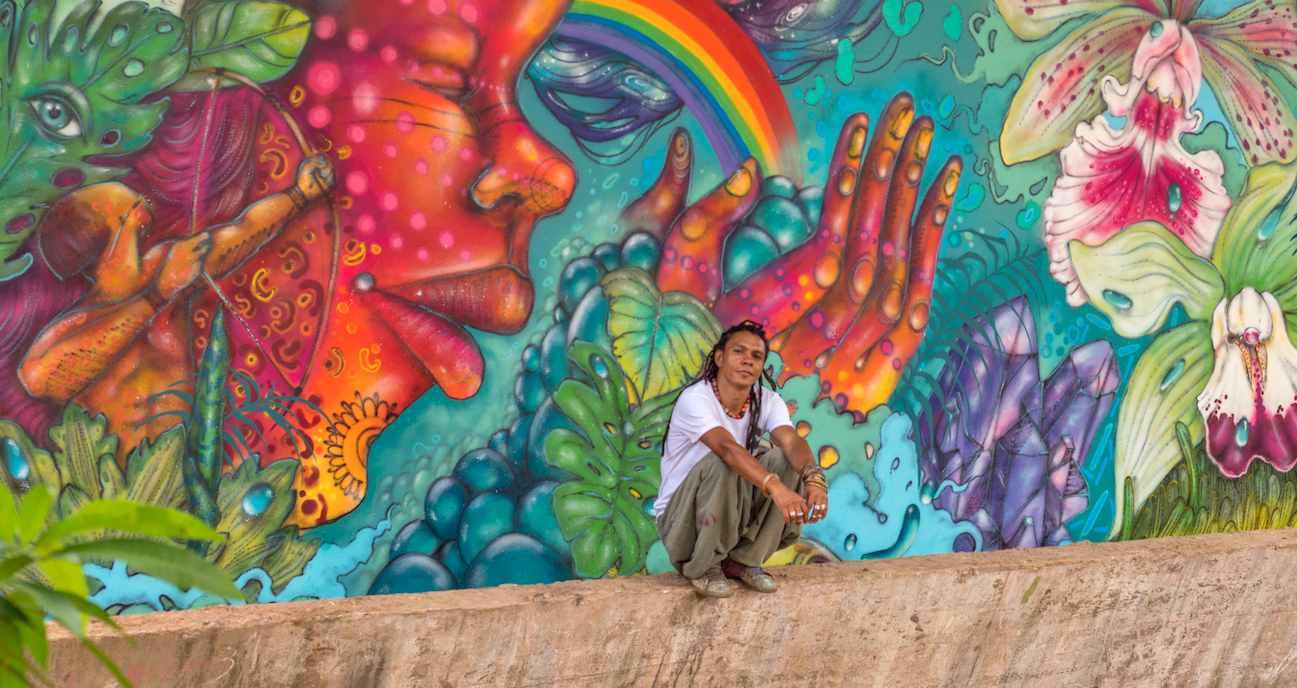 The Fowler Museum at UCLA, LA Commons, and KAOS Network invite the public to watch world-class artists at work on the spontaneous creation of a new site-specific mural for the community of Leimert Park.

This international collaboration between Brazilian artist Eder Muniz and LA-based artist collective RTN Crew will result in a large-scale spray paint mural highlighting cultural connections between the Sister Cities of Salvador, Bahia in Brazil and Los Angeles. The project is organized in conjunction with the Fowler’s exhibition Axé Bahia: The Power of Art in an Afro-Brazilian Metropolis, part of the city-wide dialogue between Los Angeles and Latin American art through the Getty Foundation’s Pacific Standard Time: LA/LA initiative. Funding for this program is provided in part by The Andy Warhol Foundation for the Visual Arts.

About the Participants
Eder Muniz (b. 1982) is a Salvador-based graffiti artist, community organizer and muralist whose work inspires public dialogue about the balance between humans and nature. In 2000, he co-founded Movimento Calangos, an artist collective encouraging culture in the Salvador’s favelas or low-income neighborhoods. Muniz’s work is on view in the exhibition, Axé Bahia: The Power of Art in an Afro-Brazilian Metropolis at the Fowler Museum at UCLA.

RTN Crew (whose acronym stands for Rockin’ The Nation and also Restoring The Neighborhood) is a Los Angeles-based artist collective specializing in aerosol, brush, and airbrush art. RTN Crew’s works have been exhibited at the Getty Museum and the Museum of California African American Museum. Crew member-artists participating in this mural project include EnkOne, CRE8, Rufus Castro, and Stroe.

Ben Caldwell (b. 1945) is a Los Angeles-based arts educator and independent filmmaker. Part of a 1970s movement known as the LA Rebellion, Caldwell earned his MFA in filmmaking at UCLA, where he produced works focused on Black culture in Los Angeles. In 1984, he founded KAOS Network, a community arts center dedicated to providing training on digital arts, media arts and multi-media, in the heart of Leimert Park.