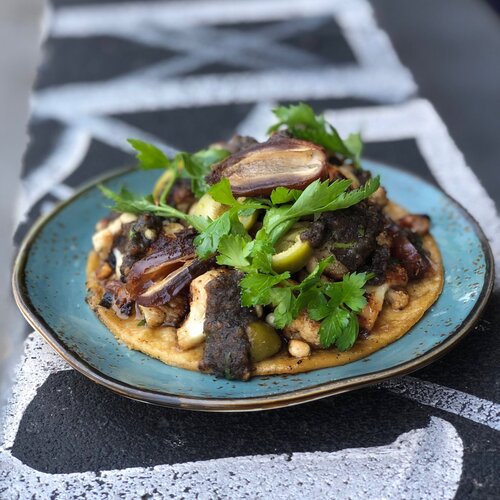 If you’re looking for an adventurous, inventive take on street tacos, Guerrilla Tacos in the Arts District is the place to go. This restaurant, which had humble beginnings as a food truck, was recently included in the first-ever 2019 MICHELIN Bib Gourmand restaurant list for Los Angeles. Join us and Chef de Cuisine Steve Londono to learn how to make their famous Cauliflower Tacos with Molcajete Salsa. Ingredients list will be sent upon RSVP. Come with supplies prepared, and ready to cook!

Chef de Cuisine Steve Londono had the privilege to work for Leah Cohan from PIG AND KHAO, Cosme Aguilar at CASA ENRiQUE (where they received a Michelin Star), and Chef Max MNG at SSAM BAR by momofuku.  He stumbled upon a documentary called “The Migrant Kitchen,” which featured an interview with Chef Wes Avila, founder of Guerrilla Tacos. Steve sent in his resume and started on day two of opening, working his way up from prep cook to Chef de Cuisine.