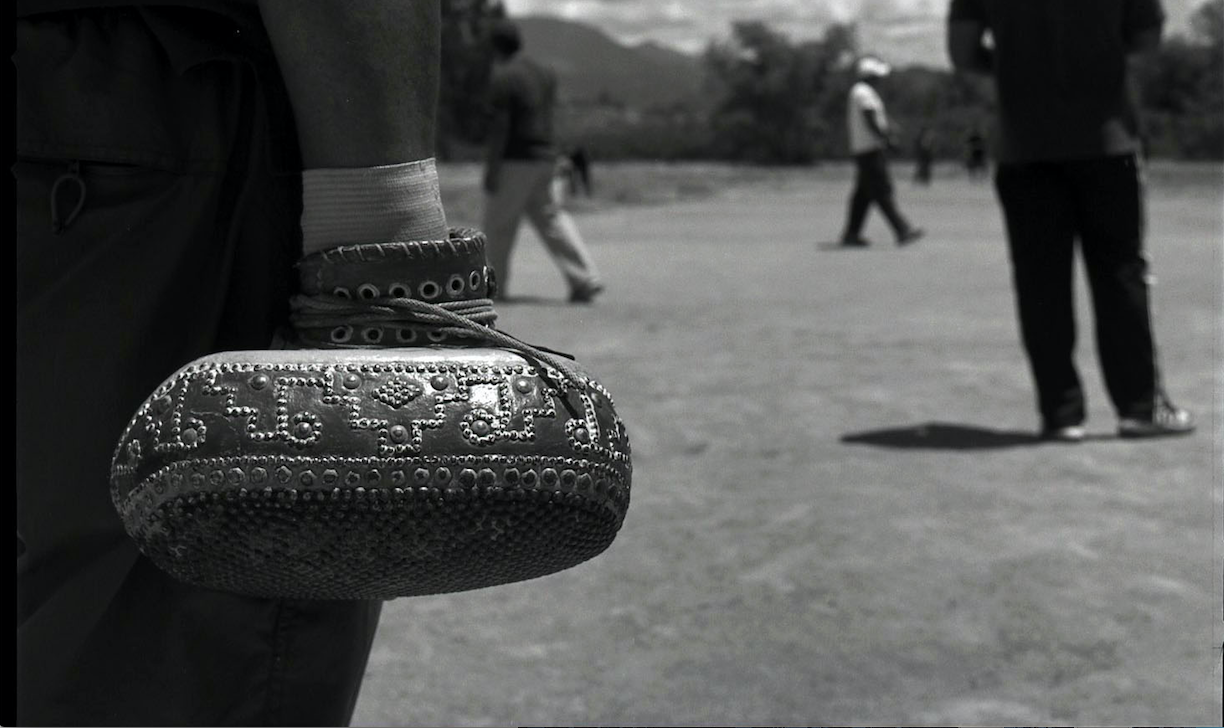 Born in Michoacán, México, Los Angeles-based Leopoldo Peña creates photographic works centered on immigration and modern environment. In his series Pelota Mixteca, Peña documents a traditional ball game brought to California by immigrants from Oaxaca in the early 1980s. In this opening day talk for the exhibition Pelotas Oaxaqueñas, the artist discusses his long-term documentary project and his emphasis on cultural performance.

Pelotas Oaxaqueñas / Oaxacan Ballgames: Photographs by Leopoldo Peña presents photographic works that center on themes of immigration and the environment. This series features black-and-white images of traditional ball games played by Oaxacan expatriates throughout Southern and Central California. Peña’s photographs capture discrete moments—arms reaching toward the ball; pauses in action as players gather their strength; families and friends watching the game from the sidelines—and in so doing document how the game creates and reinforces communal ties.