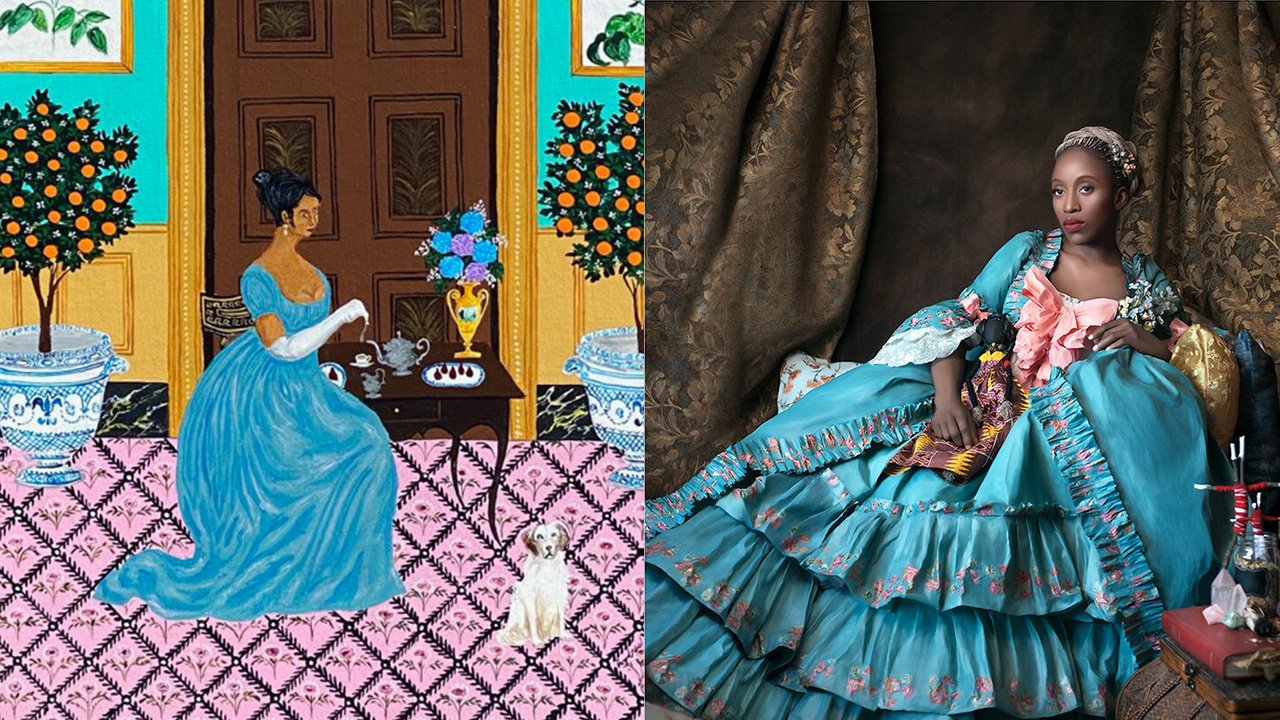 In celebration of Black History Month, the Fowler is honored to welcome painter Andrew LaMar Hopkins and photographer Fabiola Jean-Louis, two artists renowned for works that reclaim and reimagine Black histories that have been forgotten or silenced. Join the Fowler’s Curatorial and Research Associate of Haitian Arts, Katherine Smith, for a program with the artists who will share their work and discuss the influence of Haiti in New Orleans; Black glamour, gaze, and identity; and their personal stakes in changing historical narratives to celebrate Black bodies.

Andrew LaMar Hopkins (b. 1977, Mobile, AL) paints meticulous, lush, minute depictions of 19th-century interior scenes and architectural set pieces based on the histories of free Creole people in the antebellum American South. In 2020, Hopkins mounted a solo presentation, entitled Créolité, at Venus Over Manhattan in New York; it received coverage in the Wall Street Journal, Artforum, and New York magazine, among other prominent publications. Hopkins lives and works between New Orleans, LA, and Savannah, GA.

Fabiola Jean-Louis (b. 1978, Port Au Prince, Haiti) is creating an ongoing series, Rewriting History​, which consists of period paper gowns, painterly photographs, and Polaroids. The project was shown as a solo exhibition at Smithsonian affiliates DuSable Museum of African American History, Alan Avery Art Company, and Andrew Freedman Home, receiving critical acclaim. Jean-Louis was accepted into the highly sought-after residency at the Museum of Art and Design (MAD) in New York City, and in September 2019 at LUX Museum in San Diego. Her works have been featured in Elle Decor​, ​Huffington Post, Chicago Tribune, Artnet News, Hyperallergic, Chicago Sun Times, The Haitian Times,​ and other publications.