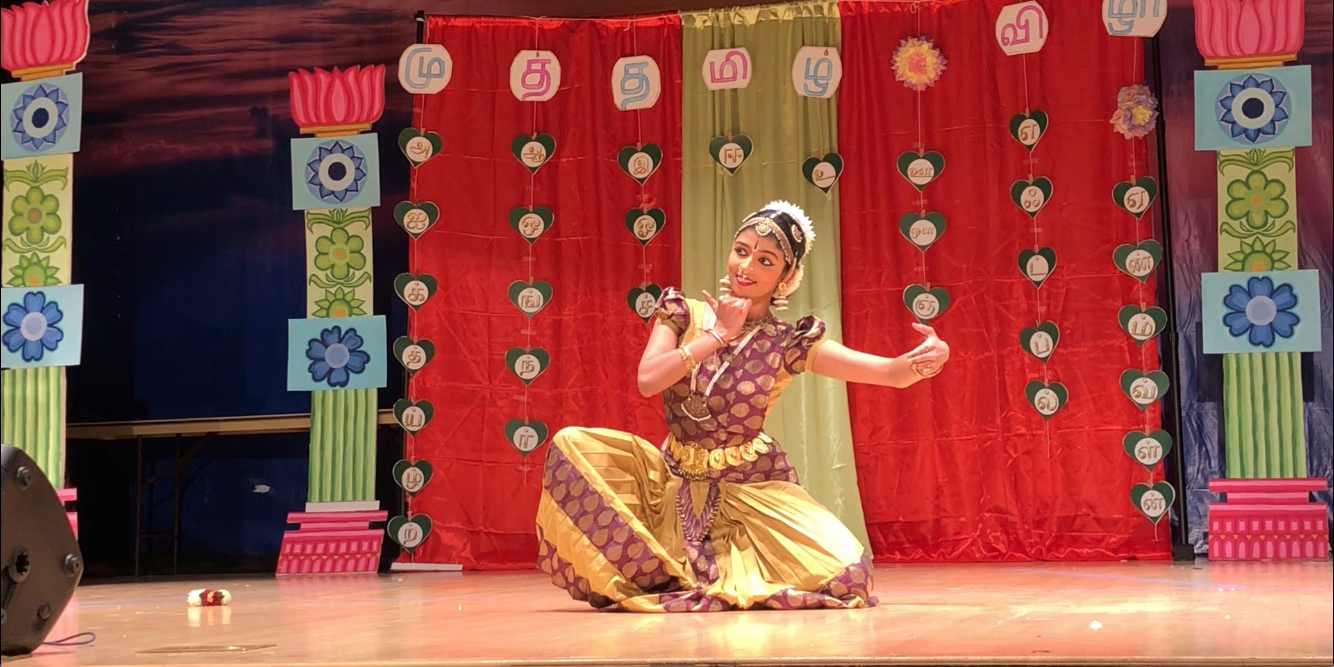 Srividhya Balasubramanian is an acclaimed Bharatanatyam dancer with over eighteen years of experience, having staged performances in India and the United States.

This performance will encompass a variety of dance forms from India, including some semi-classical Bharatanatyam and local Indian Rajasthani folk dances.

Fowler Out Loud is an evening concert series that invites UCLA students from various disciplines to perform at the museum. Support for Fowler Out Loud comes from the UCLA Office of Residential Life.

Bharatanatyam is a major genre of Indian classical dance that originated in Tamil Nadu, and may be the oldest classical dance tradition of India. Temple sculptures of 6th to 9th century CE suggest it was a well refined performance art by mid 1st millennium CE.

Bharatanatyam style is noted for its fixed upper torso, legs bent or knees flexed out combined with spectacular footwork, a sophisticated vocabulary of sign language based on gestures of hands, eyes and face muscles. The dance has traditionally been a form of an interpretive narration of mythical legends and spiritual ideas from the Hindu texts.

Previously scheduled:
Indian-American playback singer Pragathi Guruprasad could not be with us for this Wednesday’s performance.