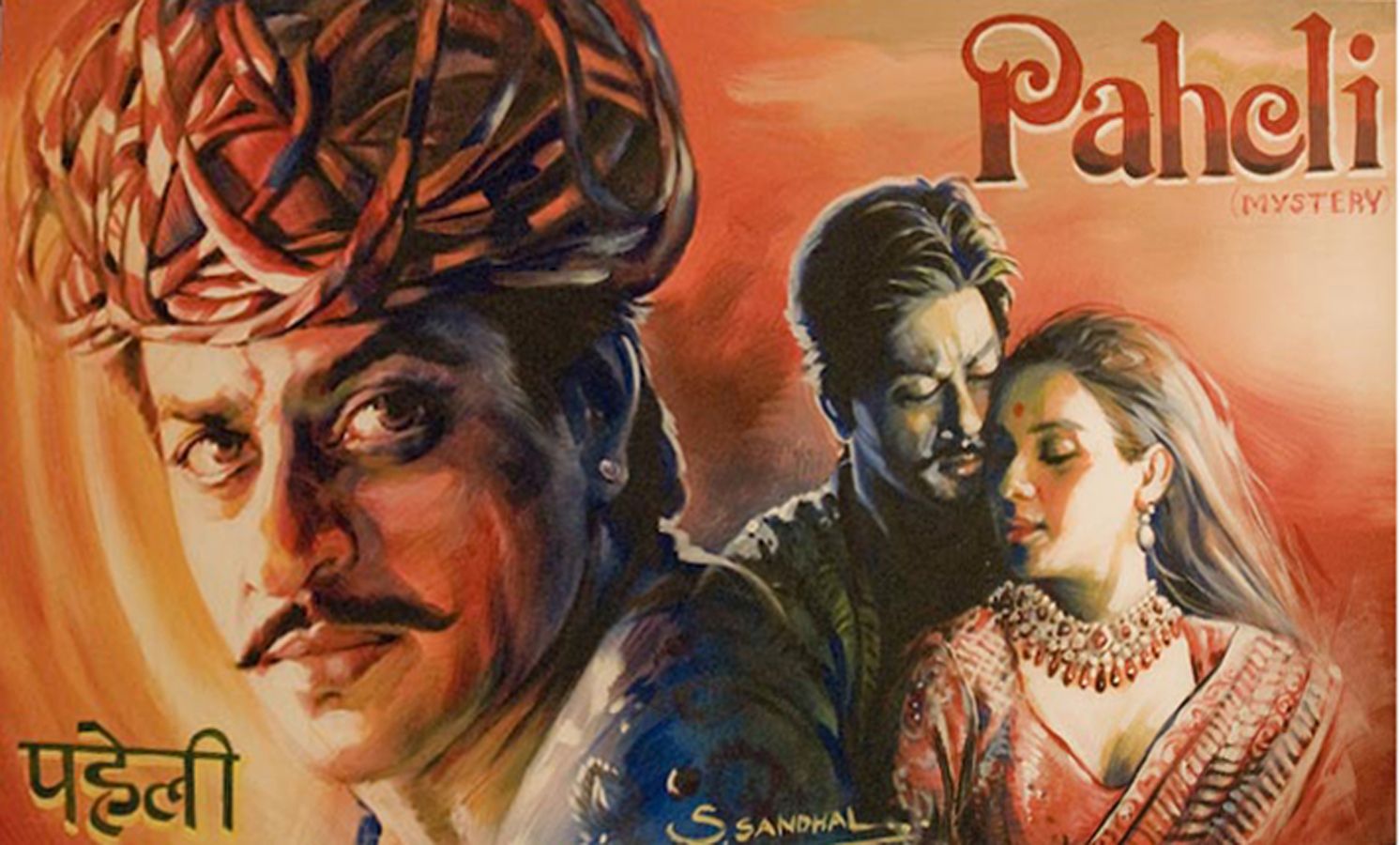 Wednesday, July 17
7PM
Film Series: Paheli (2005)
Dir.: Amol Palekar, 140 min.
Paheli is based on the short story written by Vijayadan Detha in Rajasthani language and tells the story of a wife (Rani Mukerji) who is left by her husband (Shah Rukh Khan) and visited by a ghost, disguised as her husband, who is in love with her and takes her husband’s place. In Hindi with English subtitles.

“Ravi K Chandran’s cinematography is spellbinding as he casts us into the fabulous sandscapes of Rajasthan with fluid harmony.”
-critic Taran Adarsh