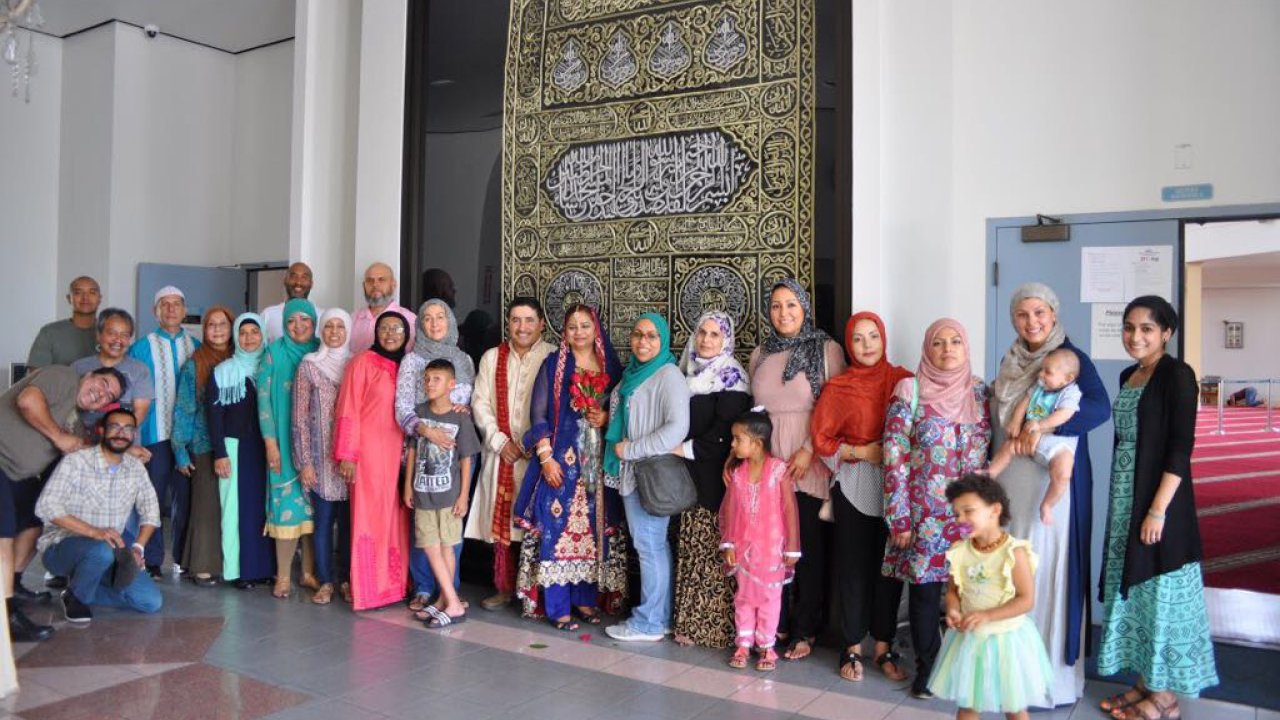 Join the Fowler for a moderated panel discussion featuring three local community leaders: Marta Khadija Felicitas Galedary, Edina Lekovic, and Imam Jihad Saafir. This panel will reveal the histories of Black and Latino Muslims in Los Angeles, and their interactions with Muslims of other backgrounds in the city. It will also highlight the leadership of Muslim women within these groups. The testimonies of the panelists will shed light on intersections of Islamic belief, race, and gender in Southern California; and show how lived experiences of Muslims map onto the city of Los Angeles. The program will begin with a brief history of Islamic communities in LA by Asma Sayeed. The panel will be moderated by Harold D. Morales.

This program is co-presented by UCLA’s Islamic Studies Program, in partnership with the Center for the Study of Religion and the City at Morgan State University.

Marta Khadija Felicitas Galedary was born in Mexico, Guerrero State; she emigrated to the U.S.A. in 1983 and became a U.S. Citizen in 1988. Marta Khadija is the founder of “La Asociación Latino Musulmana de América” (LALMA), based in Los Angeles. She was a U.S. representative, sponsored by the State Department, at the First Latin American Muslims Conference in Spain (2003). In 2014, she established a partnership with LA Voice, leading to a new approach to outreach in non-Muslim communities through civic engagement. Currently, she coordinates Latino Muslims activities with diverse multi-ethnic, non-Muslim communities.

Edina Lekovic is the Executive Director of the Robert Ellis Simon Foundation, which supports innovative mental health projects addressing the needs of vulnerable populations in L.A. County. As a leading voice on American Muslims and an inter-community builder among diverse faith traditions, she has been featured on CNN, Buzzfeed, NPR, and many other media outlets. She is a co-founder and board member of NewGround: A Muslim-Jewish Partnership for Change, and a lay leader at the Islamic Center of Southern California. She also hosts the podcast, Meeting the Moment, which explores how people find opportunities within life’s big challenges; it was named one of the best new podcasts of 2018.

Dr. Harold D. Morales is Executive Director of the Center for the Study of Religion and the City (CSRC) at Morgan State University. His research is inspired by his roots in Central American religiosity and focuses on the intersections between race and religion, and between lived and mediated experience. He uses these critical lenses to engage Latinx religions in general and Latino Muslim groups in particular. Morales is currently focusing on developing public scholarship initiatives through his research on mural art and social justice issues in the city of Baltimore, and through the CSRC, which is generously supported by the Henry Luce Foundation.

Imam Jihad Saafir has a bachelor’s degree in Arabic studies, a master’s in Islamic leadership, and a Ph.D. in practical theology from the Claremont School of Theology. He is the founder of Islah LA, a community restoration initiative rooted in the Islamic principles of social justice. Islah LA promotes the betterment of community, education, social and economic empowerment in South LA.

Asma Sayeed is Associate Professor in the Department of Near Eastern Languages and Cultures and Director of the Islamic Studies program at UCLA. Her primary research interests include early and classical Muslim social history, the history of Muslim education, the intersections of law and social history, and women and gender studies. Her book, Women and the Transmission of Religious Knowledge in Islam (Cambridge University Press, 2013), analyzes Muslim women’s transmission of ḥadīth from the rise of Islam to the early Ottoman period. She is passionate about fostering collaborations between the broader community and partners at UCLA to promote better public education about Islam and Muslims.