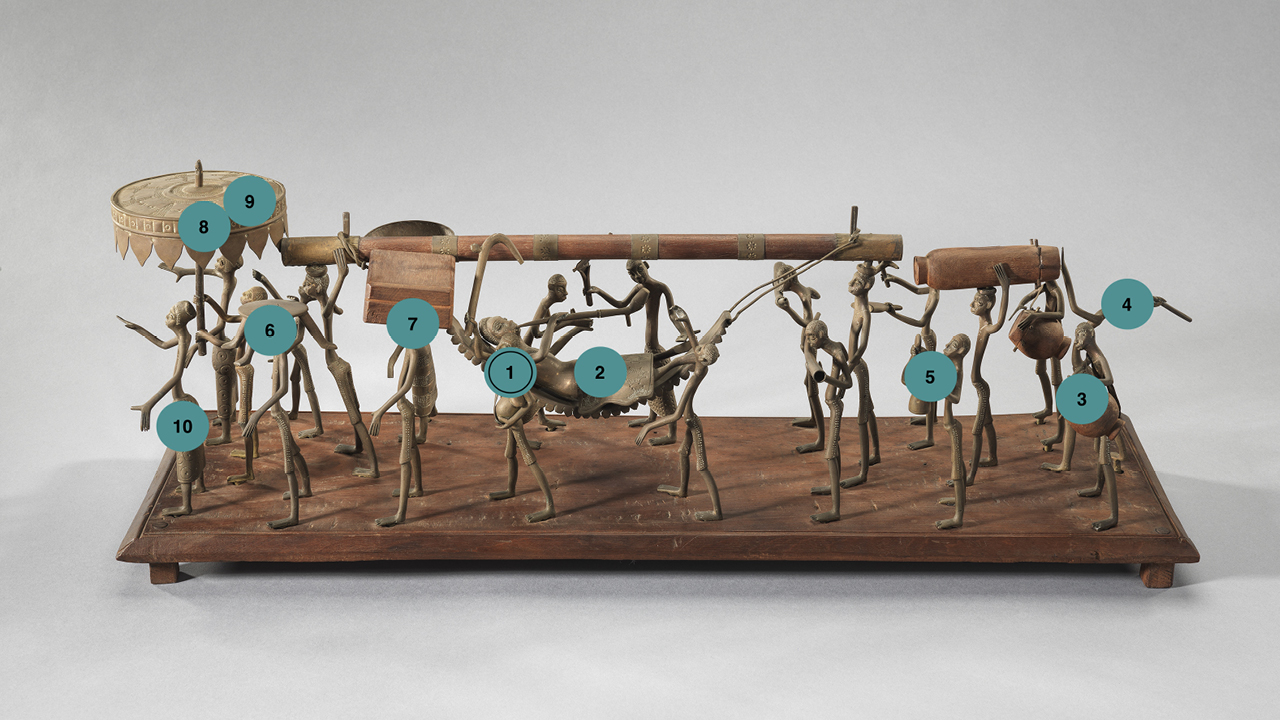 What are the approaches to researching collections and archives gathered in the early 20th century? Henry S. Wellcome’s enormous holdings included material from around the world, mostly obtained by his staff, researchers, collaborators, friends, and acquaintances. The material was first consolidated in Wellcome’s possession, then dispersed to museums across the globe after his death. At both stages, much of the history of this material was obscured, if not lost. This program offers a glimpse at the work currently being conducted at the Fowler Museum and the Wellcome Collection to recover and highlight information about these objects, the artists who created them, circumstances of their acquisition, financial transactions surrounding them, and the roles of different individuals involved.

Join curators from the Fowler and the Wellcome Collection in London for brief presentations and a moderated discussion. The program will address some of the complexities of tracing the provenance of objects from this collection and highlight the importance of collaboration in performing such work.

Alexandra Eveleigh is Collections Information Manager at Wellcome Collection in London, where she leads a multidisciplinary team of archivists, librarians, and museum professionals responsible for documenting and maximizing access to Wellcome’s rich holdings of archives, manuscripts, books, and paintings. Her role also complements her research interest in digitally-enabled participatory practices in cultural heritage contexts. In March 2020, Eveleigh’s team launched Transcribe Wellcome, opening up the Wellcome archive to the public in order to facilitate provenance research and a virtual reunification of the “Wellcome diaspora”—former Wellcome objects dispersed to museums and libraries across the world.

Carlee S. Forbes is the Mellon Curatorial Fellow at the Fowler, where she researches African objects donated by the Wellcome Trust to the museum in 1965. Forbes received her PhD in Art History from the University of North Carolina at Chapel Hill. She has worked with the Ackland Art Museum, the North Carolina Museum of Art, and the Samuel P. Harn Museum of Art. Her research focuses on art produced during the colonial period in the Democratic Republic of the Congo, museum and collecting histories, and issues of provenance.

Ruth Horry is Collections Curator in the Exhibitions team at Wellcome Collection, London, where she works on temporary exhibitions and permanent galleries. Her background is in history, medical and science museums, and collections research. Previously she was part of the collections staff at the Whipple History of Science Museum in Cambridge, and a post-doctoral researcher mapping dispersed Iraqi archaeological collections in UK museums. Horry studied Henry Wellcome’s Historical Medical Museum for her PhD. More recently she has been researching Wellcome’s junior museum staff and the networks of people involved in his collecting.

Erica P. Jones is Curator of African Arts at the Fowler Museum. She received her PhD in Art History from UCLA. Since joining the Fowler in 2015, Jones has organized several exhibitions. In 2018, she curated a solo exhibition of Botswana-born painter Meleko Mokgosi, Bread, Butter, and Power, and authored the accompanying publication. Her 2019 exhibition, On Display in the Walled City: Nigeria at the British Empire Exhibition, 1924–1925, directly relates to the research conducted by the Fowler’s Mellon team.

Helen Mears is Inclusive Collections Officer for Wellcome Collection, London. Her former roles include Keeper of World Art for Royal Pavilion & Museums, Brighton & Hove; and African Diaspora Research Fellow for the V&A Museum, London. She is interested in the intersections between colonial-era collections and contemporary diaspora communities.