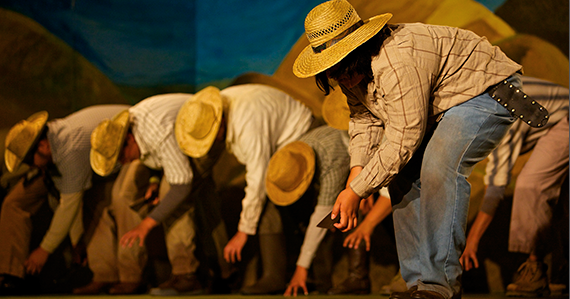 Cornerstone Theater Company is a multiethnic ensemble based in Los Angeles. It produces plays with and about communities. This presentation includes passages from earlier productions – including A Man Comes to Fowler (2011) and Plumas Negros (2013) – inspired by the struggles of California’s migrant laborers. Interspersed with these readings are poems and songs written by José Montoya and performed by Cornerstone members and community actors from the Central Valley. Afterward, program participants join Richard Montoya from Culture Clash in a discussion of the role of community-based theater in the Central Valley and Southern California.