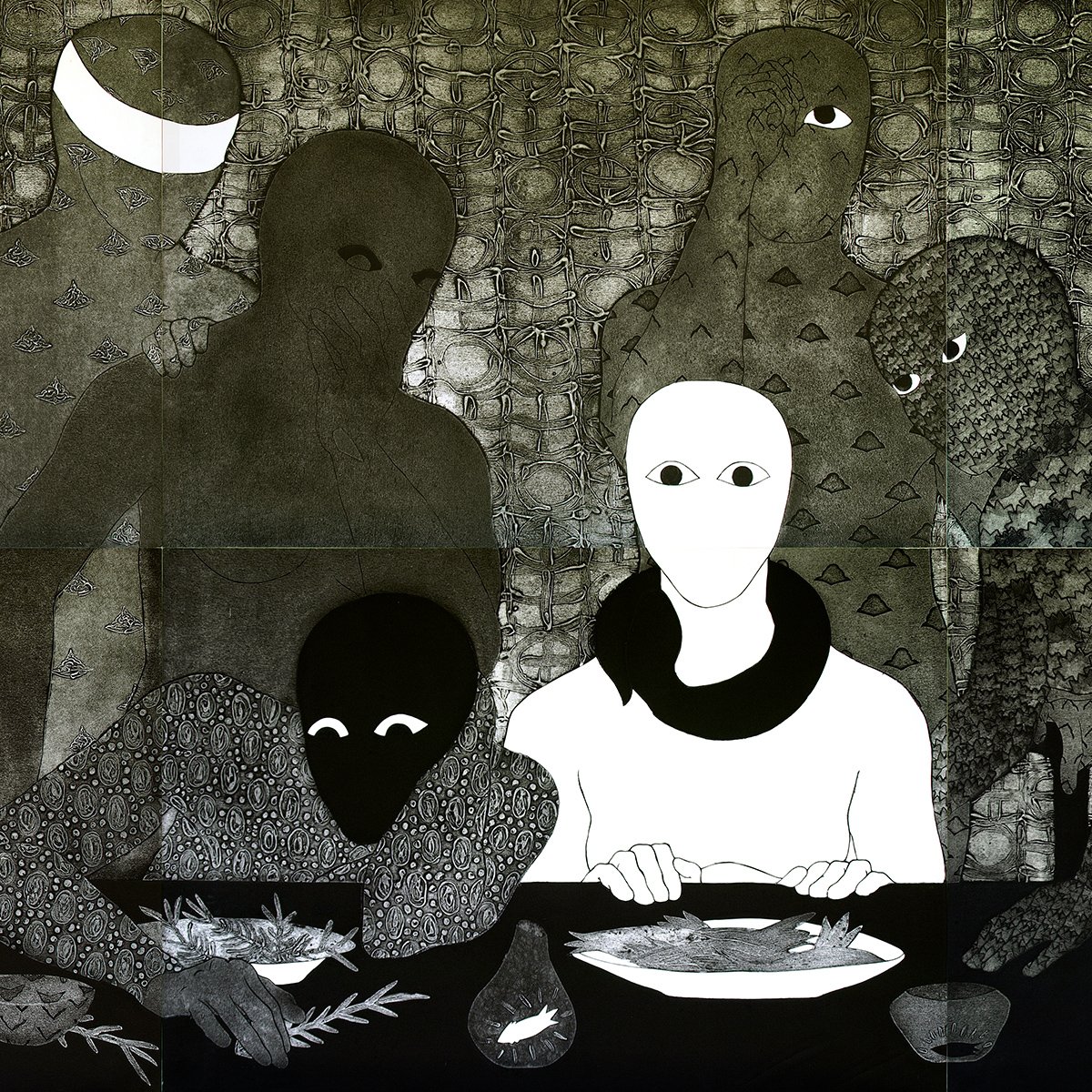 21 May A Look Back on Nkame: A Retrospective of Cuban Printmaker Belkis Ayón

Born in Havana in 1967, Belkis Ayón produced masterful black and white prints that mined the mythology of the Afro-Cuban fraternal society Abakuá to create an independent and powerful visual iconography. Her work gained popularity in the 1990s, a time of extreme hardship in Cuba following the dissolution of the Soviet Union. Food was severely rationed, fuel was unavailable, and blackouts lasted for up to 20 hours a day. Invited to the Venice Biennale in 1993, Ayón biked 20 miles to the airport to make the trip. 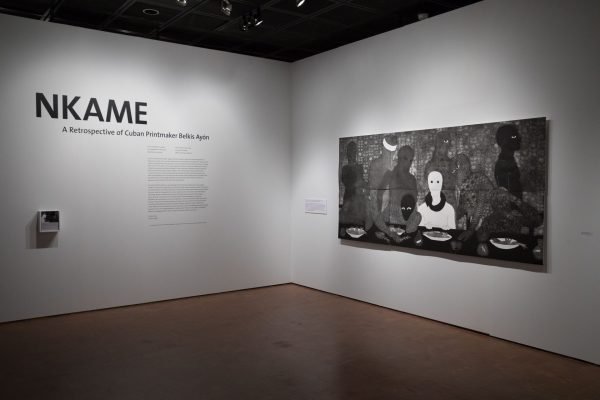 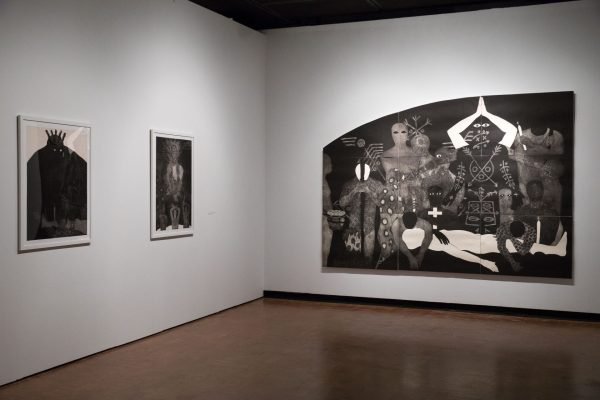 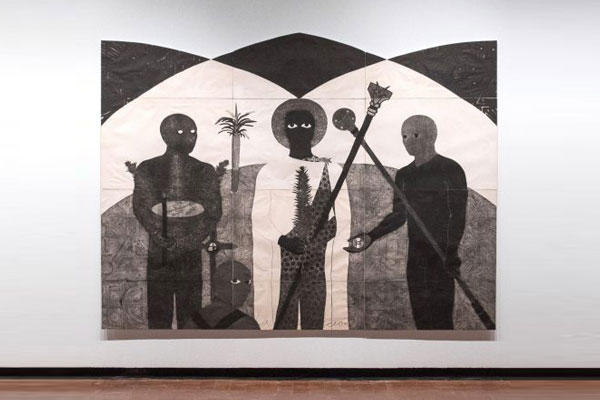 Ayón is known for her signature technique of collography, a printing process in which a variety of materials of various textures and absorbencies are collaged onto a cardboard matrix and run through the press with paper. The deliberately austere palette of black, white, and grey adds an air of mystery to Ayón’s exploration of the Afro-Cuban brotherhood of Abakuá, which arrived in the western port cities of Cuba in the early 19th century, carried by enslaved Africans from the Cross River region of southeastern Nigeria. A brief synopsis of the founding myth of Abakuá begins with Sikán, a princess who inadvertently trapped a fish in a container she used to draw water from the river. The unexpected loud bellowing of the fish was the mystical “voice” of Abakuá, and Sikán was the first to hear it. Because women were not permitted this sacred knowledge, the local diviner swore Sikán to secrecy. Sikán, however, revealed her secret to her fiancé, and because of this indiscretion was condemned to die. In Ayón’s work Sikán remains alive and figures prominently.

Sometimes seated in a frontal position on throne-like furniture, the stylized figure of Sikán appears magisterial with her wide-eyed defiant gaze and no mouth. Ayón wrote, “I see myself as Sikán, in a certain way an observer, an intermediary and a revealer… Sikán is a transgressor, and as such I see her, and I see myself.”

Nkame, a word synonymous with “greeting” and “praise” in the language of Abakuá, was a posthumous tribute to the artist and a sweeping overview of her most fertile period of creativity. The exhibition included 43 prints and covered a wide range of Ayón’s graphic production from 1984 until her untimely passing in 1999, at the age of 32. The project was guest curated by Cristina Vives, an independent curator and art critic based in Havana, Cuba, and organized by the Belkis Ayón Estate and Dr. Katia Ayón together with the Fowler Museum at UCLA. Since premiering at the Fowler in 2016, Nkame: A Retrospective of Cuban Printmaker Belkis Ayón has traveled to six more U.S. venues. It is currently on view through September 5, 2021 at the Jordan Schnitzer Museum of Art in Eugene, Oregon.