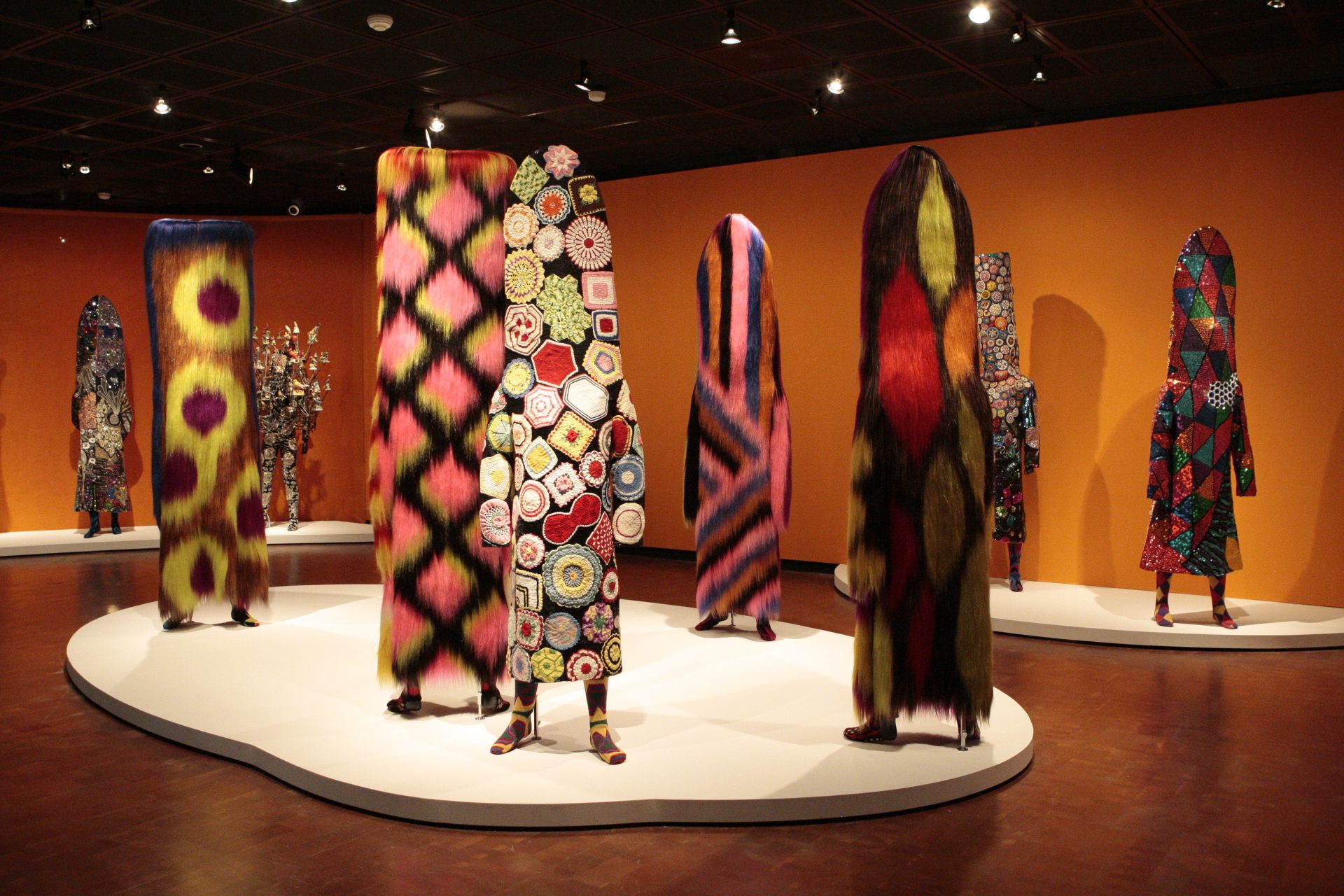 Nick Cave’s Soundsuits—multi-layered, mixed-media sculptures named for the sounds they make when worn—are reminiscent of African, Caribbean, and other ceremonial ensembles, as well as of haute couture. Cave’s work explores issues of transformation, ritual, myth, and identity. His virtuosic constructions incorporate yarn, sequins, bottle caps, vintage toys, rusted iron sticks, hair, twigs, and much more. Mad, humorous, visionary, glamorous, and unexpected, the Soundsuits are created from scavenged ordinary materials that Cave re-contextualizes into extraordinary works of art. The Fowler was the first LA-area museum to feature his work and the only Southern California venue for this traveling exhibition, organized by the Yerba Buena Center for the Arts in San Francisco.

The Fowler presentation held particular meaning for the artist and for Los Angeles because Cave’s first Soundsuit was sparked by the city’s civil unrest in 1992, following the acquittal of the officers involved in the Rodney King beating. The Soundsuits almost always cover the whole body, erasing the identity of the wearer. They can be understood as coats of armor, shielding Cave from the day-to-day prejudice he encounters as an African American man, and facilitating transformation into an invented realm of vibrant associations and meanings

Opening Night: Lecture and Conversation on January 9, 2010
The program began with a talk by Nick Cave, followed by a conversation between him and Marla C. Berns, the Shirley & Ralph Shapiro Director of the Fowler Museum. As Berns noted, “Nick Cave’s Soundsuits resonate with many of the genres of global art for which the Fowler is known, including African masquerade ensembles, Haitian Vodou beaded flags, Carnival costumes, and examples from our vast textile collections.”

Soundsuit Invasion at the Downtown LA Art Walk, May 13, 2010

Closing Party: Soundsuits After Dark presented by the Fowler Museum at UCLA and KCRW