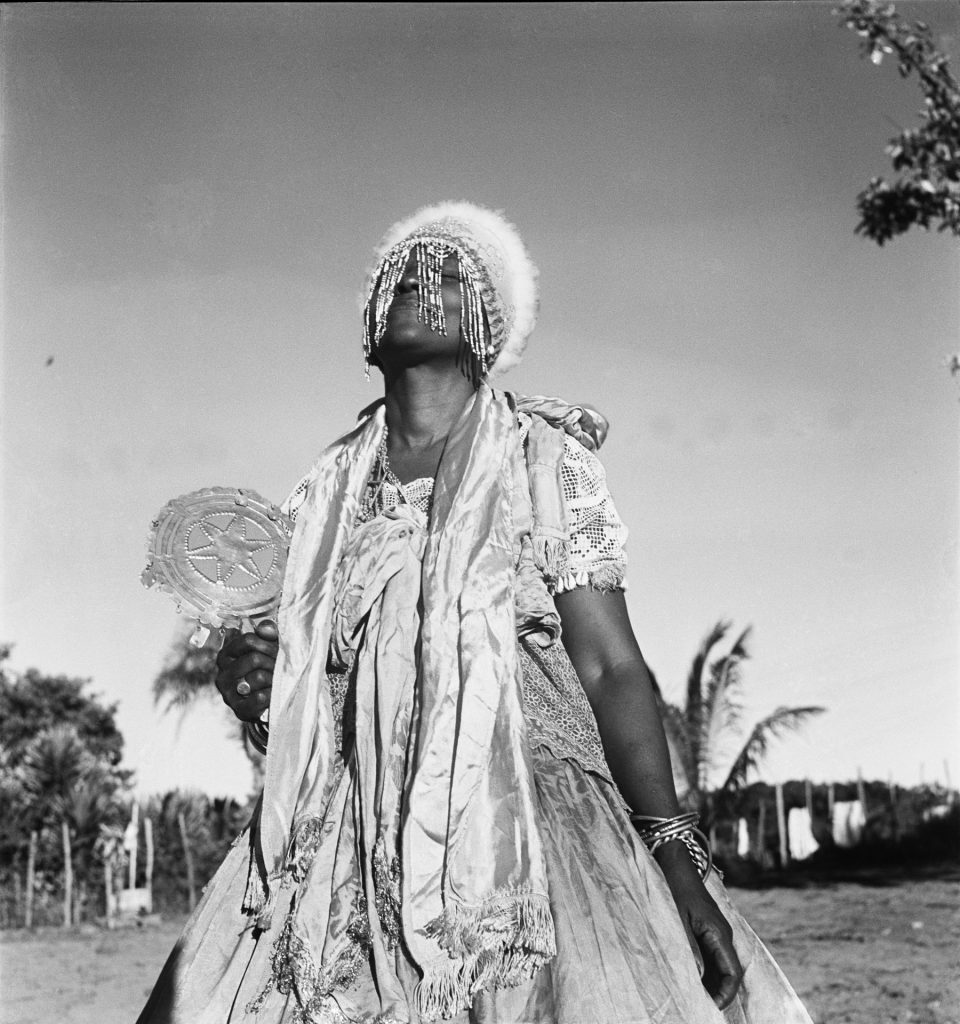 By Patrick A. Polk

On January 14 of this uniquely challenging year, I could not keep my mind from wandering back to Bahia, Brazil. This date is special. Marked in red on calendars, it is the feast day of Nosso Senhor do Bonfim (Our Lord of the Good End), when residents of the city of Salvador take to the streets to celebrate their patron saint. Among other things, such calendrical rites shape our experience of time, giving deeper meaning to brief moments as well as longer stages of life. Intertwined with memory and expectation, the annual festival suggests to participants that a greater order prevails. Whatever troubles one may face here and now, the enduring presence of Nosso Senhor assures that it will all come to a good end.

When co-curators Roberto Conduru, Sabrina Gledhill, Randal Johnson, and I first began to work on Axé Bahia, our goal was to explore the distinctive role of Salvador, the coastal capital of the Brazilian state of Bahia, as an internationally renowned center of Afro-Brazilian culture. In a normal year, the festival of Nosso Senhor do Bonfim draws thousands of visitors from around the world, many of whom recognize the celebration’s links to the African-derived Candomblé religion. In bringing together at the Fowler more than 100 works, including sculpture, painting, photography, video, and installation art, we were intent on articulating complexities of race and cultural affiliation in Brazil, and the provocative ways in which artists have responded to prevailing realities of African-descendent identity in Bahia.

In titling the exhibition, we chose to highlight the Afro-Brazilian concept of axé (pronounced “ah-sheh”). When vocalized, the term is a common way of saying “Blessings” or “Peace,” and voicing approval. Understood within Candomblé theology as the intangible energy or vital force that infuses life, axé, when channeled appropriately, carries the potential for positive change in the world. Today, as I reflect on our past exhibition as well as current events, I am reminded of the oft-recited lines from the 1923 “Hymn to the Lord of the Good End” (Hino ao Senhor Bonfim), composed by Bahians Artur Gonçalves de Sales and João Antônio Wanderley:

In looking forward to what this year brings, I would simply add Axé!

Presented in 2017 as part of Pacific Standard Time: LA/LA, Axé Bahia: The Power of Art in an Afro-Brazilian Metropolis anchored a three-part program exploring Brazil’s African history and cultural heritage, which included Lineage through Landscape: Tracing Egun in Brazil by Fran Siegel, and Africa/Americas: Photographic Portraits by Pierre Verger.